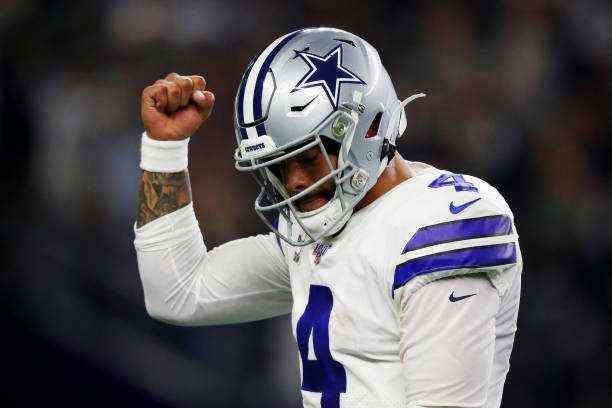 Dak Prescott reached an agreement with the Dallas Cowboys, and at the press conference, he had a special thank you for Smith.

Dak Prescott isn’t going anywhere else. The quarterback remains with the Dallas Cowboys after signing a new contract for 160 million and four years, and at least 126 million dollars guaranteed. Prescott will receive 42 million annually in the next three years, and with the contract in hand and signed, he gave a press conference.

Prescott missed much of last season after a spectacular fracture and dislocation to his ankle, which put his continuity with the Cowboys in doubt. However, he is now a few steps away from beginning the part of rehabilitation for his return to the grills.

Prescott no longer has crutches, he moves by himself without even limping a little, and said that after the injury, he was inspired by Alex Smith, the former Washington player, to complete his recovery and not rush his return, aware that his injury was much less severe than that of Smith, who was able to lose his leg to a severe infection following a spiral fracture of the tibia and fibula.

Smith underwent more than a dozen surgeries for the reconstruction of his leg, and finally last season, he starred in the return of the season.

“I can walk. I’m already jogging out there, and I’ve worked really hard all this time to get ready,” Prescott said.

“I have to honestly thank Alex Smith, because when you’re sitting there, at that moment, with an injury like that, or you come out of surgery, to see someone who has already done it, and who actually did it in worse circumstances, that allowed my mind go straight to ‘I can do it. I’m going to get over it. It’s just a matter of time. One thing is what the doctors say, but I’m going to get over it,'” he mentioned, according to ESPN.

Prescott is not yet ready to face the preseason, so he will work the next few months in his rehabilitation to regain strength in his leg, but the forecasts indicate that he will be ready to face the first week of the 2021-22 NFL season.

THE RENOVATION PLAN WENT THE WAY HE WANTED

He explained that at no time did he doubt that he would remain with the Cowboys, despite the fact that last season he played under the franchise tag. Finally, his bet went the way he wanted it.

“I am excited to be here and never leave. This is my home. I’m a cowboy. This is just the beginning,” said Prescott, who has been seeking a four-year agreement since June 2020.