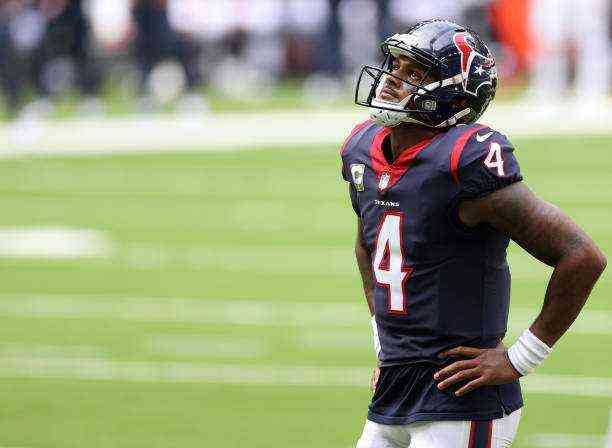 A new problem for Deshaun Watson, because he wants to leave the Texans, but there is no offer, and now he is sued for sexual assault. Deshaun Watson has not received offers from other teams to change teams, but he did receive a lawsuit from a renowned lawyer, for an alleged sexual assault against a masseuse.

Lawyer Tony Buzbee announced on his social media that he had filed a lawsuit against Deshaun Watson. In the publication, he did not say much about the lawsuit, but for FOX 26 in Texas, he commented that the QB went “too far” with a girl who was giving him a massage.

“I am extremely proud to represent those who do not perceive power against those who have power. It is not a question of money, it is about dignity and stopping the behavior that must be stopped, “wrote the attorney about the case he has against the Texans quarterback.

Deshaun Watson immediately replied to the accusations against him, claiming that he has never treated any woman with anything but the utmost respect, further accusing the lawyer of approaching him asking for a 6-digit figure to not make the case public.

The Texans franchise is already aware of the matter and ruled on this Wednesday, March 17, saying that accusations of this nature that involve anyone in the team are taken seriously and that they will keep an eye on the information that results. Of the investigation.

Deshaun Watson with the Texans

The QB has already requested a change of team, unfortunately for him, if it does not arrive, he will have to stay with the franchise until the contract expires or an interested party arises. No one has yet asked, according to the new Texans head coach.

Demand is not Watson’s main problem this week, as the team is already taking shape and with or without him. Tyrod Taylor is a new Texans player, it is still unknown if he is coming to replace Deshaun or is coming to a dumbbell with him.

Taylor signs for a year with Houston, and the options are narrowing for Deshaun Watson, free agency has placed several QBs on different teams, and he remains where he does not want to be and now with a lawsuit at the door.

Alex Smith Announces His Retirement From The NFL