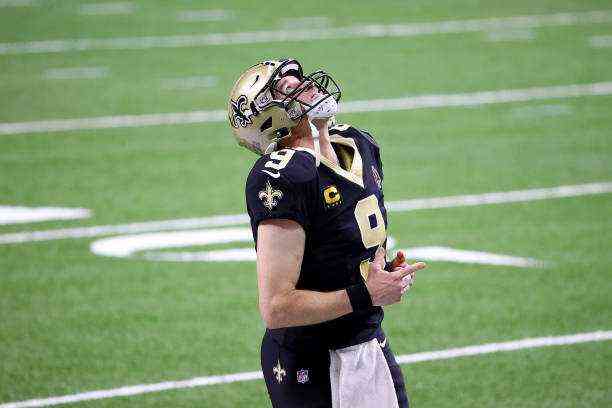 Remember that Drew Brees had indicated that the 2020-21 NFL season would be the last of his professional career? Well, he told the truth. The quarterback had left his future up in the air after the elimination of the New Orleans Saints against Tom Brady’s Buccaneers and finally clarified that his next steps are off the grid.

Brees retires at 42 years of age and 20 years on the field. He divided his career into two stages, the first with the San Diego Chargers and the second and more prolific, with the Saints, whom he led to win the 2009 Super Bowl.

Through a message on their social networks, his children confirmed the end of the quarterback’s career, who delved into the decision through a text, in which he thanked the support provided not only by the team, but by the city, in which he will stay to live.

“After 20 years as a player in the NFL and 15 years as a player for the Saints, it is time for me to retire from soccer. Every day, I poured my heart and soul into being his quarterback. Until the end, I exhausted myself to give everything I had to the Saints organization, my team, and the great city of New Orleans,” he began.

“We share some incredible moments together, many of which are etched in our hearts and minds and will always be a part of us. They have shaped me, strengthened me, inspired me, and given me a lifetime of memories.

“My goal for the last 15 years was to strive to give everything that I have been given and more. I’m just retiring from soccer, I’m not retiring from New Orleans. This is not goodbye, but a new beginning. Now my real life work begins!” established.

Brees leaves an important legacy after two decades in the NFL. He is leaving as the all-time passing yards leader, with 80,358, as well as the leader in completions, with a record of 7,142.

If not for Tom Brady, he would also have left as the QB with the most TD passes with 571. However, the former Pats player surpassed him and will start next season with 581 on his record.