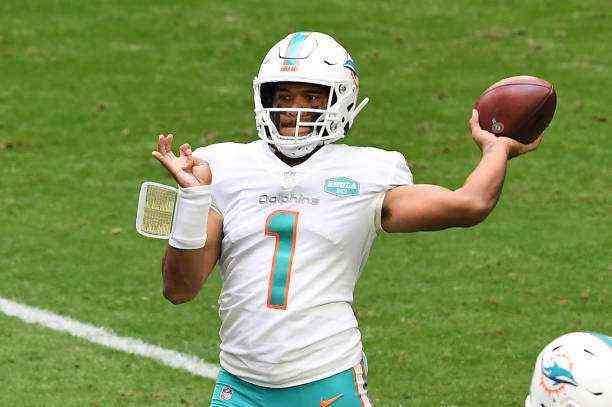 The 2021 NFL Draft will take place from Thursday, April 29 to Saturday, May 1, in Cleveland, Ohio, and as we approach that date, the movements and exchanges of selections are present. This time, Philadelphia and Miami the protagonists as they exchanged pick number 6 in a deal that will benefit both franchises for the future.

Just a few moments ago, it became official that Miami exchanged its number 3 overall selection to San Francisco in exchange for the 12th pick (among other things). However, it was only a matter of a few more minutes before a new exchange of said selection was made an official pick between the Eagles and the Dolphins, which is now understood as a two-stage macro move.

With this move, we must remember that those led by Brian Flores still have five first-round selections between 2021 and 2023.

After the two changes that Miami made with San Francisco and Philadelphia, the 49ers have the pick number 3 overall, the Dolphins with 6, and the Eagles will have 12.

What do you think of the change between Miami and Philadelphia? Which team won the deal? We read you in the comments.