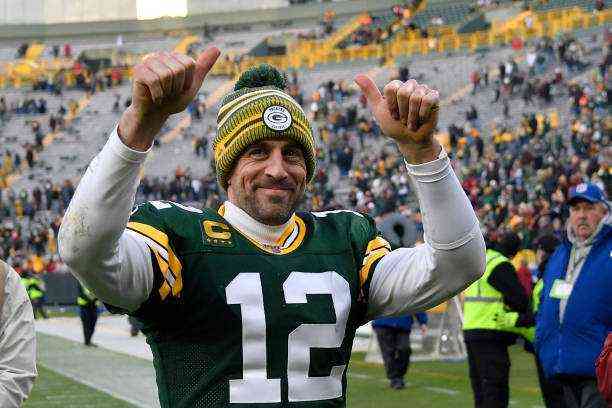 The rumors are over: Aaron Rodgers clarified that he has no intention of leaving the Packers and will prepare for the following season.

A little calm in the middle of the storm for Packers fans? During the last hours, rumors grew about the possible departure of Aaron Rodgers, but the quarterback was in charge of denying them.

After the loss to the Tampa Bay Buccaneers in the NFC Conference Finals, the 37-year-old QB declared that many players’ future was uncertain, including his own. However, he clarified that for now, he has no reason to change the scene.

“I don’t feel like saying anything different from my previous statements. My future is not necessarily in my hands, but after the season that I had, with the opportunity to be MVP and a good streak, I do not think there are reasons not to return, “Rodgers commented on The Pat McAfee Show.

In addition, the quarterback specified that at the end of the game against the Buccaneers, he thought of other colleagues such as Aaron Jones and Corey Linsley, so in the end, he expressed his ideas in a different way than he wanted.

Regardless of Aaron Rodgers’ clarification, Packers executive director Mark Murphy spoke about the uncertainty generated during the last hours and highlighted that the quarterback is the leader of the team.

“We are not idiots. Aaron Rodgers will return, he is our leader, “said Murphy on the 5th Quarter Show podcast, hosted by Mark Daniels and Matt Z.

The quarterback’s entire professional career has been with Green Bay – he was selected in the 2005 Draft, won his first Super Bowl in 2010, and received MVP recognition in 2011 and 2014, but the fans are not satisfied, so another Vince Lombardi trophy is pending.