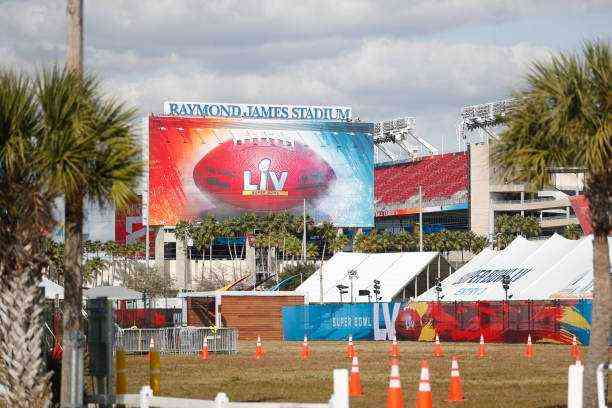 According to the FBI, there is no specific threat of a Super Bowl LV-related attack between Chiefs and Buccaneers or related events despite concerns about the rise in white supremacist extremism, US authorities said.

The FBI has made multiple arrests in the Tampa Bay area of ​​individuals allegedly involved in the January 6 riot at the United States Capitol. However, Michael McPherson, the head of the FBI’s Tampa office, said they had found no indication that something similar could happen around Sunday’s game.

“We are constantly investigating the threats that occur across the country,” McPherson told a news conference. ” There are no credible threats to the Super Bowl or any related activity at this time. ” We recommend: Super Bowl LV brings together NFL legends in a fun fry commercial The NFL championship game at Raymond James Stadium comes amid the coronavirus pandemic that will limit attendance and impose health-related restrictions.

Yet officials are treating the game as they always have – especially since the terrorist attacks of September 11, 2001 – with around 70 different agencies involved and hundreds of people on duty to protect against any kind of terrorist attack. “The Super Bowl is an attractive target,” said David Pekoske, acting deputy secretary of the department of homeland security.

“We cannot lose sight of the ball.” Covid-19 pandemic care Due to the pandemic, the number of fans in the game will be around a third of the 70 thousand that could fit in the stadium. There will be no pregame meetings, a mask must be worn at all times, and the NFL will provide a safety kit containing a mask and hand sanitizer to all fans who attend. As in the past, flight restrictions are being imposed around the stadium and its events, including a ban on the use of drones. Those who violate these orders could face civil penalties of up to $ 30,000 and possible prosecution.

“The Super Bowl is not a drone zone. Leave your drones at home,” McPherson said. The FBI on Super Bowl LV The FBI chief added that social media is the preferred method for extremists – domestic and foreign – to plan and organize any type of operation, he said. Tampa Police Chief Brian Dugan said that for more than a year when planning for the game began in earnest, no one anticipated that the coronavirus pandemic was approaching, or that the local Buccaneers would be playing the game.

“We are up to the challenge,” said Dugan, who recently recovered from COVID-19. ” The goal is to find a fan-friendly experience that is safe for everyone .”