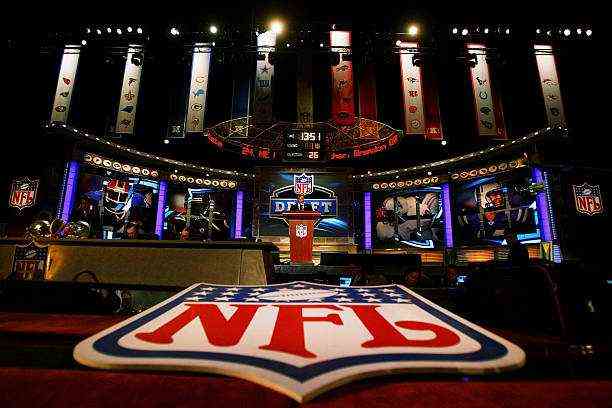 A little over a month has passed since the Super Bowl, and we already miss the grids and everything that has to do with the NFL, but there are still some left for the teams to even return to the preseason, but while that happens, we can enjoy the Draft.

Last year, COVID-19 took away the possibility of the selected players being in the event, and we had to see how the teams will choose their new players via zoom (damn pandemic), but this 2021 will be different.

Roger Goodell and the NFL announced that for this edition, which will take place in Cleveland, we can have both the commissioner and the NFL prospects, in person. So we can see the traditional Draft as it should.

When and where is the NFL Draft?

It is scheduled for the Draft from April 29 to May 1, 3 draft nights for all NFL fans. It takes place in 3 nights due to the number of players selected, although the first night is the important one because the first selected are the main players and of whom there are more expectations.

Cleveland will be the city where the 2021 Draft takes place, and it will be at FirstEnergy Stadium, home of the Browns, this 2021 the “cafes” celebrate 75 years of life, that is why they were awarded the distinction of being hosts of the Draft, and for the following year, it will be again in Las Vegas.

Several players are the main ones to choose, as the NFL Scouting Combine measures the physical and quality aptitudes of each one of the prospects registered to the Draft. Teams will seek to choose according to their needs, and here we present the main prospects in this 2021 edition.

1. Trevor Lawrence | QB | Clemson: The 21-year-old quarterback is one of the most complete players for this 2021 Draft. With Clemson in 3 seasons, he had 10,098 passing yards, 90 touchdown passes, only 17 interceptions, but Trevor is a double-edged sword, as He is also good at carrying the ball, 943 yards and 19 touchdows recorded.

2. Justin Fields | QB | Ohio State: First in the University of Georgia, he left the Bulldogs looking for opportunities and found them in Ohio State, he was a finalist for the Heisman Trophy in 2019, and his talent led him to the NFL after 5,701 yards in 3 years, 67 passes from touchdown and like Trevor Lawrence, he also runs and does not disappoint, 1,133 yards rushed and 19 touchdowns.

3. Trey Lance | QB | North Dakota State: Quarterback for North Dakota, 3 years with the Walter Peyton trophy team and winner in 2019. He reaches the NFL Draft with 2,947 yards, and 30 touchdown passes through the air. While his running game is just as good, 1,325 yards and 18 touchdowns per carry.

Which team do you choose first?

The Draft selection method is a system that tries to benefit the team that finished with the worst record in the season with the selection of the best prospect, while the winning team of the Super Bowl, that is, the best team selects the last in the first round.

The teams will choose as follows, with the round in which they choose, the name of the team, and the record in the past season:

The Staff Thinks: Should There Be Face-To-Face NFL Events on The OTAs?