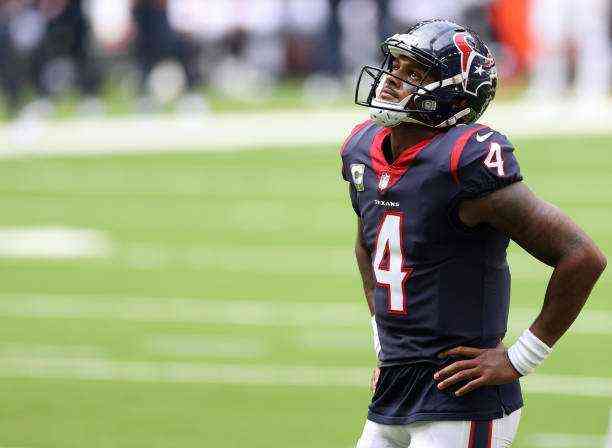 Things seem to get too complicated for the Texans, they went from having a competitive team to slowly falling apart. QB Deshaun Watson was no longer so satisfied with the team and more so with the poor performance last season with a record of 4 wins and 12 losses.

4 seasons of the quarterback with the Texans, he was not a starter and was gaining a place in the first team. He led the team to the postseason in his second and third seasons, although he could not consecrate the good seasons and only reached the divisional round in 2019.

The 2020 season was not what was expected for the team, although individually it was the best for Deshaun Watson, he led the NFL in passing yards with 4,823 and had 33 touchdown passes, but they could not make the postseason.

The Bill O’Brien Era in the Texans

For the 2014 season, Bill O’Brien would take over as head coach of the Texans, in his first season, he was close to the postseason but did not achieve the goal. In the following seasons (2015 and 2016), they would finally reach the postseason, but would succumb in the wild card and division rounds, respectively.

For the 2017 season, in which Deshaun Watson would join the team, he would again have a losing record, and with the quarterback at the head of the team, he achieved the same as in his previous 3 years. 2 postseason seasons and a losing record of 4-12.

When he started managing everything at the Texans, the questionable decisions began for Bill. Changes that did not make much sense to fans and experts like Jadeveon Clowney, the first overall pick of 2014 for the Texans who was traded to the Seattle Seahawks, or like the trade he made with the Miami Dolphins, 2 first-round picks from the 2020 and 2021 draft, plus another second-round pick for in 2021 by a left tackle and a catcher.

What teams can Deshaun Watson go to?

A columnist reported a new team for Deshaun Watson centers between the New York Jets and the Miami Dolphins. Decanted by the first choice due to Robert Saleh’s recent signing with the Jets, this new head coach was one of those Watson wanted for the Texans’ shakeup.

Possible Teams For JJ Watt in 2021