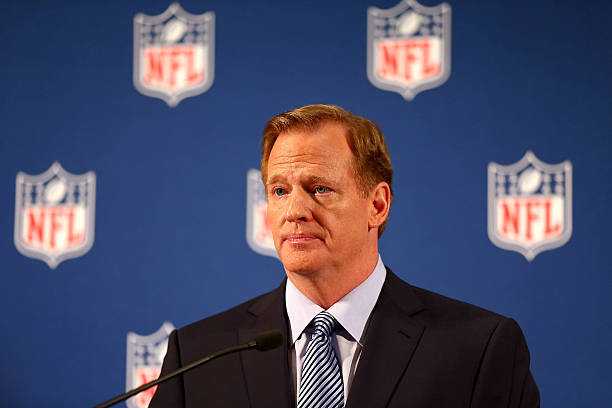 Being a commissioner of the NFL is not an easy task; that is why Roger Goodell has a check for an amount of more than eight zeros as pay.

When you are one of the fundamental pieces of the NFL, you have to receive a lot of money for your work, and Roger Goodell has a very wide portfolio and not even a bank account. The NY Times revealed how much the league commissioner made in a couple of years.

All football fans know the figure of Roger Goodell, maybe they do not know who he is physically, or they do not recognize him at first glance (there will be some who do), but everyone has at least heard that name and that position once in a conversation. or transmission.

Roger Goodell rang his home’s cash register, generating a total of $ 128 million in just a couple of years, from salary, bonuses, and other benefits, making him one of the highest-paying executives ever in the United States.

Khé? But if you think that their work was simple, the truth is that not so much because that amount of money was thanks to being an important pillar in which the owners of the 32 NFL franchises achieved a new employment contract of a decade with the players and As if that were not enough, he secured a media contract for more than 100 billion, also for 10 years. So duck, it wasn’t done.

According to the NY Times report, the league’s team owners had to meet for a couple of days to reach an agreement on the commissioner’s pay. In total, it would be 63 million 900 thousand 50 dollars per year, and if we multiply it by two, they give around 128 million dollars.

In addition to the duties that Roger Goodell performed, what other duties does an NFL commissioner have?

First of all, the figure of the commissioner within the NFL was born in 1941, Elmer Layden being the first to hold the position, and his task is to promote the development of the league in accordance with the wishes of the owners. Its main activity is to check that all the businesses and the league’s management are running smoothly.

Now we are going to the complete functions that Roger Goodell must perform better to understand his position as commissioner of the NFL. In the document ” Constitution and By-Laws of the NFL ” of the year 2006, the following obligations can be read: