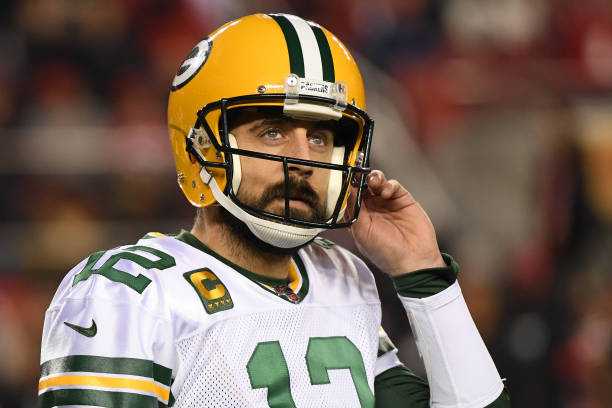 After an NFL investigation, the Packers and Aaron Rodgers received costly fines for breaking COVID-19 protocols.

Black Friday is approaching in the United States, and the Packers along with Aaron Rodgers, will have to cut their purchases because justice caught up with them. The NFL issued fines for breaking COVID-19 protocols to both the franchise, the QB, and one other player.

After an investigation that began after Aaron Rodgers tested positive for COVID-19, the NFL found some irregularities within the Packers and anti-virus protocols, in addition to the team, there were two players who were also fined.

Aaron Rodgers, who was the initiator of the entire investigation, was one of those fined by the NFL and receiver Allen Lazard is the second player fined, according to information from Mike Garofolo of the NFL Network on Tuesday, November 9.

Tom Pelissero, also from the NFL Network, reported that the Packers were notified that in case of repeated offenses in terms of breaking the COVID-19 protocols, the sanctions will be higher, so in Green Bay, they will be well checked.

How much was the fine for the Packers and Aaron Rodgers?

Let’s go to the numbers, which are what we are all interested in and more on dates to buy many gifts for all. The Packers received a fine of 300 thousand dollars, which has been almost 6 million 182 thousand 670 Mexican pesos. A hard blow to the wallet.

But the thing did not end there because the NFL was dedicated to handing out fines left and right. Next on the list who will have to pay a few dollars is Aaron Rodgers, who was not as much as the Packers, but he will have to pay 14,650 dollars, about 342,938 pesos, a few changes of clothes this Good End.

The other name on the penalty list, Allen Lazard, took the same amount as Aaron Rodgers, although the catcher does not make as much money as his quarterback, so he will have to reduce the amount of Christmas gifts a bit.