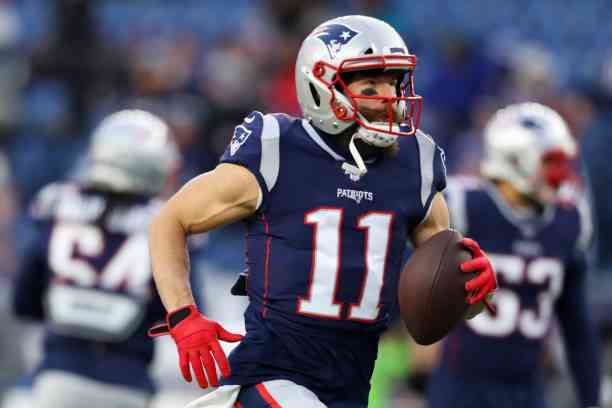 The New England Patriots made it official that their WR Julian Edelman left the team after 11 seasons as a professional. A few minutes later, Edelman himself announced his retirement from the NFL at 34 years of age. Now, the speculation begins. Having formed one of the most successful cores in the NFL along with Tom Brady, Rob Gronkowski, Stephen Gostkowski, and so many other star players from the Patriots dynasty, does Julian Edelman deserve to be inducted into the NFL Hall of Fame?

Is Julian Edelman Material for the NFL Hall of Fame?

Edelman’s release was to be expected, as Bill Belichick prefers to cut a year earlier than one later. The receiver’s health, combined with the Patriots’ recent moves during this Free Agency, pointed to this end. Now, there were more doubts about his retirement, but Edelman’s knees no longer gave to maintain his career in another NFL team.

He is a great player and a legend for the Patriots. Despite his great playoff moments, I can’t immortalize him at the HoF. I think he made the big plays, but he also received a lot of help from a certain QB that his name makes many itches.

You have to remember that he was suspended for using performance-enhancing substances, he was never selected either to the Pro Bowl or as an All-Pro team and the great numbers he had in the postseason he did throughout 19 games. That doesn’t take away from any of his accomplishments, his three rings, and probably being the best WR in Pats history. There are simply other more vital players in the dynasty from my point of view.

When talking about Julian Edelman, I immediately remember that snippet from NFL Films where Bill Belichick asks Wes Welker – in preseason 2009 – jokingly and foreboding, if he knows the story of Yankees first baseman Wally Pipp ( a very good baseball player) and his successor Lou Gehrig (who relegated the former, in 1925) becoming a legend of his team and sport), this after a touchdown in return kick by Edelman”.

In the end, that story repeated itself. Wes Welker changed the NFL in the slot, but it was Julian Edelman who appeared in the most important moments for the Patriots. It will be a good debate to argue if he deserves a place in the Hall of Fame, and that is that he did not have great numbers of receiver number 1. However, for me, it is Hall of Fame material because one of the most clutch receivers when it matters most: the Playoffs, with one of the best receptions of all time (to meet the criteria of having a historical moment) and even becoming MVP in the 53rd edition of the Super Bowl. It is time to understand that the modern NFL was made for the Playoffs and the Super Bowl, and not for record volume. After all, Eli Manning is going in to win Super Bowls and little else. Edelman would come in with three.

The Patriots’ decision to discharge Julian Edelman and his subsequent retirement must be seen as the best example of the NFL as a business. When New England reported that they had terminated the veteran receiver’s contract for failing the medical exam, the message was clear: There may be affection for the person, but at the end of the day, the roster cannot be filled with goodwill and affection. And Julian Edelman seemed to understand the situation well, because after the announcement of his departure, he made it official that he was retiring from the NFL.”

Edelman is not a Hall of Famer because he is not a player who has a generational impact on the NFL. He was important to the Patriots and deserved all the accolades in that city, but he doesn’t measure up to this position’s great players throughout history.

Who is Jeremiah Owusu-Koramoah? – NFL Draft 2021