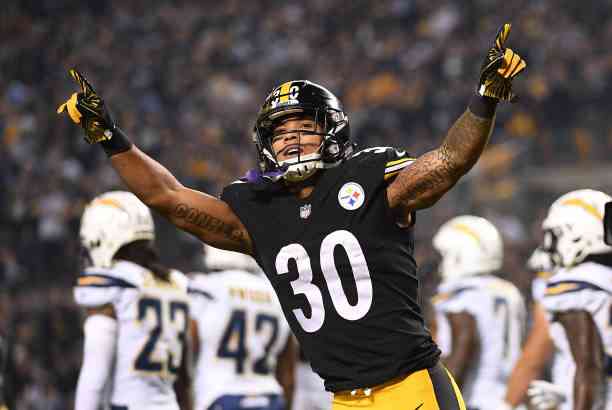 James Conner leaves the Steelers after 4 years with the team, signs a contract with the Cardinals for the following season.

Pittsburgh Steelers is one of the teams with the longest tradition in the NFL, 6-time winners of the Super Bowl and with great legends who have worn black and yellow, but the last few years have not been as they wanted, they have not happened.

Goodbye to the running back of the last few seasons, James Conner takes a different direction than the “steels” and arrives at the Cardinals in Arizona, a team full of talent and that is armed to the teeth to fight for a Vince Lombardi title.

The agreement is for one year, the NFL announced in a statement. Conner visited the Cardinals facilities on Monday, April 12, to inform them of the interest he had in joining the franchise after spending the last 4 years with the Steelers.

James Conner does not arrive as the starting running back for the team, but will have to compete for a position with Chase Edmonds, who last season served as second team to starter Kenyan Drake. The Cardinals on their roster, places Conner as the second team.

During the 4 seasons he was with the Pittsburgh Steelers, he had 2,302 yards on 532 carries, averaging 4.3 yards for each attempt and 22 touchdowns. Also as a receiver, he had accessible numbers as he registered 963 yards on 124 receptions for 4 touchdown passes.

Cardinals and the blunderbuss he has for 2021

The Cardinals want to get the NFL championship at any cost, that is why they have been in charge of gathering the necessary talent to do it and with their young quarterback Kyler Murray, they have a QB who can become a star and command the offence.

The corps of receivers is first class because when DeAndre Hopkins arrived at the Cardinals, they had one of the best players in this position in their ranks and the addition of AJ Green, who has been one of the most consistent in the field. In addition, in the last decade, in case more weapons were lacking, Christian Kirk completes the triplet of receivers.

Not only do they have a great team in offense, defense has great names that can make opponents tremble. The addition of JJ Watt enhances the team and its quality, they also have names like Chandler Jones, Jordan Hicks, Budda Baker and Malcolm Butler.

Tom Brady, The Second Quarterback To Win a Super Bowl With Different Franchises