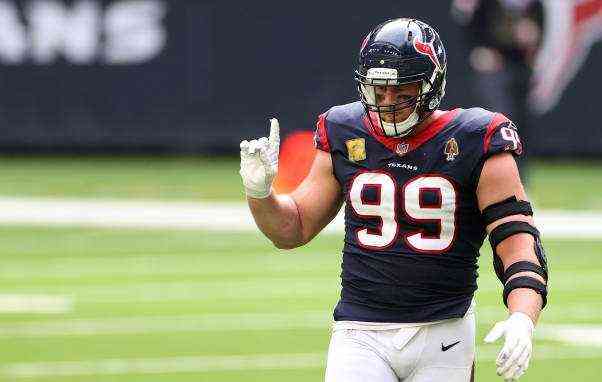 JJ Watt made his decision, and it was the Cardinals, a team in which he will reunite with his former Texans teammate, DeAndre Hopkins.

Finally, the news arrived that we were all waiting for, JJ Watt made the decision, and he already has a new team and an old acquaintance with whom he will share changing rooms again. The defensive end had all fans uncertain where his career would continue and chose the Arizona Cardinals.

It seemed that his brothers would be able to persuade him to sign with them and not walk away from the American League with the Pittsburgh Steelers, but that was not the case. The National League already expects him and, in fact, he will not move that far from Texas and will be very close to his former team geographically.

In his social networks, he announced and was in charge of doing it himself, that the Arizona Cardinals would be the next team he would play in the NFL. He is reunited with his friend and now a new partner, DeAndre Hopkins, with whom he spent several years in the Houston Texans.

Two years will be what will be tied to the Cardinals for 31 million dollars. The team with JJ Watt’s arrival gains experience in defense and will join the search for a championship.

“We are going to finish what we started”

A few days after JJ Watt notified the entire Texans fans that he would not continue with the team, the wide receiver uploaded an image to his social networks in which both players appear with a Cardinals jersey and the phrase: “Let’s go to finish what we started “.

Hopkins refers to the time they were together in Texans and in which they could not achieve the long-awaited Super Bowl for them. The Cardinals is a latent possibility due to the project around the young QB Kyler Murray.

The situation with Houston was untenable, and he was looking for a way out. Texas Sports Nation columnist Brian Smith is very clear about the role the Texans play in this mess: “With JJ Watt and DeAndre Hopkins reunited in Arizona, the Texans look like fools.”