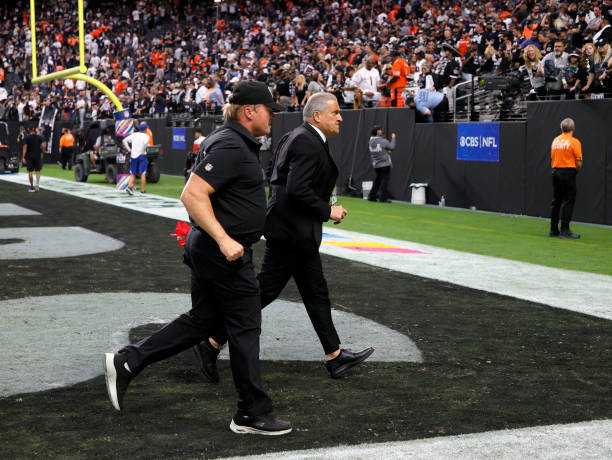 After leaking the emails with homophobic content, Jon Gruden left the Raiders and prepared the offensive against the NFL.

Remember Jon Gruden was fired from the Las Vegas Raiders after conversations using racist and misogynistic language leaked? Well, after a few weeks, he prepares his offense with a lawsuit against the NFL and against the league’s commissioner, Roger Goodell, for specifically selecting certain information to damage Gruden’s reputation.

It should be remembered that the messages were leaked after the investigation after the accusations of 15 women, former employees of the Washington Football Team, of sexual harassment and verbal abuse. During this investigation, Gruden’s emails to Bruce Allen, former president of Washington, were reached.

Gruden worked precisely in Washington before taking the reins of the Raiders, and in those emails, he insulted both players, managers, and referees.Gruden demandara a la NFL

Faced with this situation, Gruden will act legally under the argument that the leaked messages are intended to damage his image, for which he filed a lawsuit in Clark County, Nevada.

Adam Hosmer-Henner, Gruden’s lawyer, explained that there were 650 thousand emails in the investigation, yet the only ones that were made public were those from Gruden, in addition to being launched just during the NFL regular season, after staying as private for months.

“The lawsuit alleges that the defendants selectively leaked Gruden’s private correspondence to the Wall Street Journal and the New York Times to damage Gruden’s reputation and force him to leave his job,” the attorney said, according to ESPN.

Gruden had a 10-year contract with the Raiders, which would leave him with $ 100 million in income. However, the coach was only able to serve just over a year at the helm of the franchise.

What does the NFL say?

After the attorney’s statements were made public, NFL spokesman Brian McCarthy assured that Gruden’s position has no arguments, so the league “will vigorously defend itself against these claims.”

It should be remembered that emails with racist content start from 2011 and cover a period of seven years, in which Gruden worked for Washington and the ESPN network as an analyst.