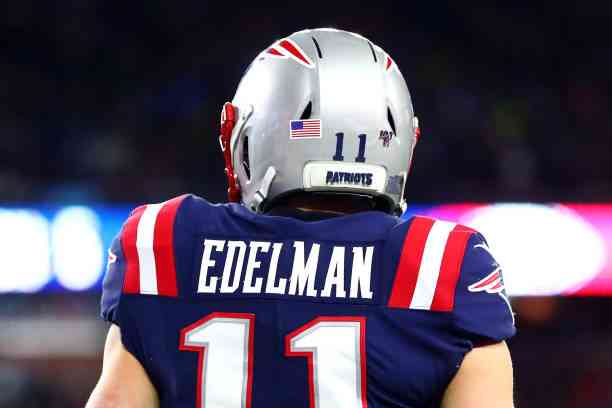 Without a doubt, the end of an era has arrived, not just for New England, but for the entire league. After announcing Julian Edelman’s departure after 11 seasons with the Patriots, the 34-year-old veteran has now made his retirement official. Julian Edelman is retiring from the NFL, and this is all you need to know about it.

The 23rd pick from the seventh round of the 2009 Draft has decided to say goodbye to the NFL after 11 seasons of action in which he finished with 620 receptions, 6,822 yards, 36 touchdowns, and three Super Bowl rings. In part, the retirement is because last season, Edelman suffered a knee injury that meant that he could only play in six games this season and, therefore, he decided to make his retirement official as a Patriot.

Edelman’s statement reads as follows: “Nothing in my career has been easy, and no wonder this is not going to be easy either. I’ve always said I’d go until I ran out of wheels and they finally fell off. Due to an injury last year, I will make my official announcement of my retirement from football. It was a difficult decision, but the right decision for me and my family, and I am honored and very proud to retire as a Patriot.” he pointed

“There are a million people I have to thank. Mr. Kraft (owner of the Patriots), the Kraft family, I have learned a lot from you, on and off the field. Coach Belichick, you gave me a chance. I will always love you for it. (…) And, of course, my family, you have always supported me. It has been 12 years of my life. It’s an incredible race and I won’t be able to forget you, Patriot Nation. You welcomed me and my family in a region that we did not know, but now I am one of you. I will leave you with two words: Foxborough Forever”. concluded.

In reaction to the above, Bill Belichick, HC of the Patriots, commented: “In whatever measure constitutes an elite career in the NFL – victories, championships, production – Julian has it all. Few players can match Julian’s accomplishments, period, but considering his career path and longevity, the group is even more select. It is historical”.

For his part, owner Robert Kraft expressed himself as follows: “Edelman is one of the great success stories in the history of our franchise. There aren’t many players who earn a spot on the roster of some NFL team at a position they’ve never played before. He not only did that as a seventh-round draft pick, but he’s retiring with the second-most receptions in franchise history and as a three-time Super Bowl champion,” he said.

Recall that Edelman graduated from Kent State at quarterback, but transitioned to wide receiver to earn a spot on the Patriots roster. This did not prevent him from still throwing six complete passes for the team, including a touchdown in 2019.

With this, the three-time Super Bowl champion and Super Bowl LIII MVP ends a great career in the NFL.

NFL Relaxes Measures Against Covid-19: Goodbye Masks And Social Distance In The Draft