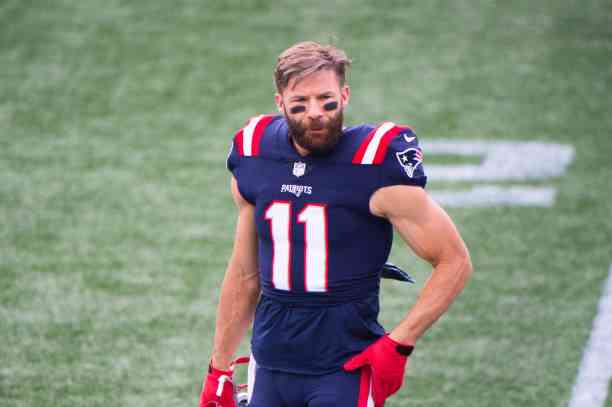 Julian Edelman ends his 12-year professional career, all with the Patriots in which he got 3 Super Bowls.

Ending a professional career is one of the most difficult decisions in life for an athlete and then one of a career full of successes like that of Julian Edelman, who today says goodbye to the NFL after 12 years with the Patriots.

Patriots and Julian Edelman will go their separate ways after a long career and a lifetime of professionalism with the team. The wide receiver failed the physical tests, and that was one of the situations that caused the Patriots to terminate the contract.

Julian Edelman, almost 35 years old, came to the Patriots in 2009 after being drafted in the 232nd pick and was part of the starting team in the last 3 Patriots championships and in one of them, he was the player with a catch., helped the Pats and Brady get one more ring.

Unfortunately for Edelman and the Patriots, injuries have not helped him find an optimal level to continue his career, and in the last season, he was only in 6 games due to a knee operation and finished the year with 21 years and 315 yards, his worst record since 2012.

” It was a difficult decision, but the right decision for me and my family. I am honored and very proud to retire a Patriot … It has been the best 12 years of my life, ” he said in a video that he posted on his social networks announcing your retirement.

In his 12-year career with the Patriots and being one of Tom Brady’s favorite receivers, only one prominent career can be predicted. In fact, he was, since in 137 played he has more than 620 receptions in his entire career, a quite significant number.

He received 6,822 passing yards in his entire career to generate 36 touchdowns, averaging 11 yards per reception he made for the Patriots. But, his career was not limited to just receiving the ball, because as a running back, he also participated and generated 413 yards on 58 carries.

He learned well from Tom Brady and even dared to throw the ball a few times, in fact, he has a 100% completion percentage. Obviously saving the comparisons because he only threw 6 passes, and all 6 passes were caught, and he made a touchdown pass.

The reception that was worth a Super Bowl

Patriots seemed like it was the end of the dynasty they had built from the start of the game. Matt Ryan would finally make the leap to becoming a Super Bowl champion, but the story was totally different, because at the end of the night, the Pats would end up lifting Vince Lombardi.

Before the halftime show, the Falcons led the score 21-3, had slowed Tom Brady and his offense, in addition to dominating defence. In the third quarter 7 more points were added by Atlanta and 6 by the Patriots, until that moment, there was a clear winner with 28-9 on the scoreboard.

By the fourth quarter, the legend of a certain Tom Brady would appear, but he needed a team to achieve a comeback, and among them was Julian Edelman. 19 points without an answer from the Falcons, managed to tie the score and take the game to overtime, in which they would win to consummate the largest comeback in NFL history.

But they were able to get there thanks to Julian Edelman’s catch that helped the Pats, because, after a Tom Brady pass that was hit by the Falcons perimeter, Edelman managed to rescue the ball between 3 defenders and millimetres from the ball touching the ground.

Historical! For the first time the Super Bowl will be refereed by a woman