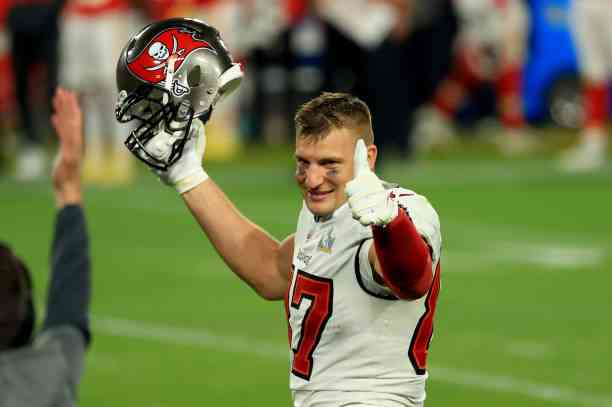 The Tampa Bay Buccaneers will defend their NFL championship in the 2021-22 season. To this end, tight end Rob Gronkowski prepared rigorously from the physical and tactical in the offseason, as revealed in words for the official league website.

“I feel great. Learning the playbook last season and then having to find a space had its difficulty, so I feel in a more efficient position this year. Dealing with the heat is not easy, but being healthy and knowing the system, I am in good shape,” commented Gronk.

Dallas Cowboys owner Jerry Jones was very blunt in discussing the decision made in the Cam Newton case, preferring Will Grier to sign the seasoned veteran.

“Cam Newton will not play with us because all the people who evaluated his possible signing made a determination. It is different with players like Will Grier, who do not have enough playing time to make a value judgment, but with Cam, it was very very easy.” Jones stated in an interview with “K&C Masterpiece.”

Hall of Famer Peyton Manning spoke about his reasons for signing with the Denver Broncos in 2012 and how the New England Patriots played a role in it, in an interview with The Ringer’s Bill Simmons.

“I remember thinking that if I was aiming to go to the Super Bowl at some point, I should face the Patriots, and it was preferable to see them in the AFC finals every year, so they finally ended up contributing a little bit to my decision to continue in that conference,” Manning stated.