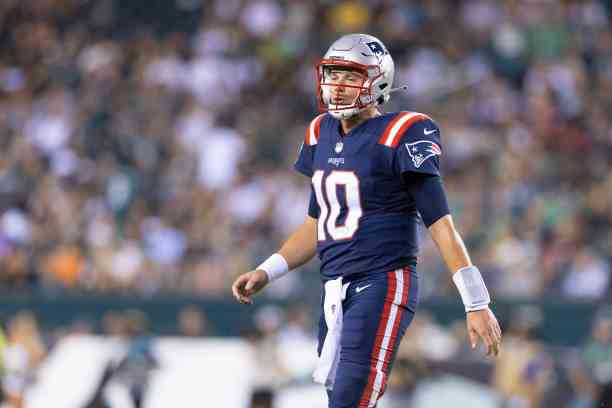 Mac Jones is the starting QB of the Patriots, but the name we know him by is not his real name, which is why he has used Mac since childhood.

Mac Jones will be able to start September 2021 as one of the luckiest men on the face of the earth. Well, with the news that Cam Newton is out of the Patriots, the former Alabama QB will be the starter for week 1 of the NFL.

Why is Mac Jones lucky? Just imagine that you were a QB in a university of as much rank as Alabama, the Patriots drafted a team that made legend Tom Brady – and in your first season with the team, you will start as a starter.

Not everything is the fault of fortune, because he has worked and continues to do so, to build a legacy in his name. Mac Jones is the standard of the new era in the Patriots, a team that got used to winning thanks to Brady and that wants to continue reaping victories .

After a difficult year with Cam Newton at the controls, the Patriots did not reach the postseason, something unusual for them, so the discontent of the leadership and fans, weighed a lot in the decision of Newton’s departure and they trust Mac Jones.

The work ahead of Mac Jones is not easy, being the Patriots QB entails an eternal comparison against the best player in the history of the NFL, but Jones knows that he must go step by step, so he will start with looking for victory against the Dolphins in week 1.

Mac Jones knows since he was drafted, he would have to work harder than any other Patriots player to reach the levels he had in his last year – and the only one – as a collegiate and started on the right foot, impressing one of his teammates more difficult.

“Mac is a fantastic boy. Work hard. A very smart guy. It will go to the limit. In fact, I found out yesterday that he’s been looking at some of the defensive plays so he can assess what he sees and how we work. I give him credit for that. Not many young people would see that as an opportunity. If you take it for what it’s worth, the kid works hard ,” Hightower said before a preseason game against the Giants.

His real name is not “Mac”

Mac Jones, isn’t it Mac Jones? The only sure thing is his last name, which is Jones, but the name of the quarterback is not the one we know or the one that appears on the Patriots jerseys. Michael McCorkle Jones is the real name of the new New England quarterback.

Since childhood and we talked about kindergarten, Mac Jones appropriated that nickname – which he currently carries in the NFL – and when teachers made the classic roll call, when hearing the name Michael Jones, the QB did not raise his hand, because he said that It was Mac Jones, according to an interview with the Alabama.com portal.

Since he used the “Mac” as his name since he was little, few knew his middle name, but unfortunately for him, people knew him in the worst way. In 2017, Mac Jones was arrested for driving while intoxicated.

That was how they learned his middle name and his arrest photo, which people did not stop publishing, even when the QB himself performed his community service and decided to make a change in his person and not be remembered for that incident.

“That was a really difficult part of my life. But at the same time I needed it and it completely changed my perspective. I felt like I let a lot of people down, including myself and my teammates.” From that point on, Mac Jones saw upward change.

From that point on, Mac Jones continued to be an active member of his community by continuing his community service even after he was done with it. He said goodbye to the parties and became a football freak, which led him to the Patriots.