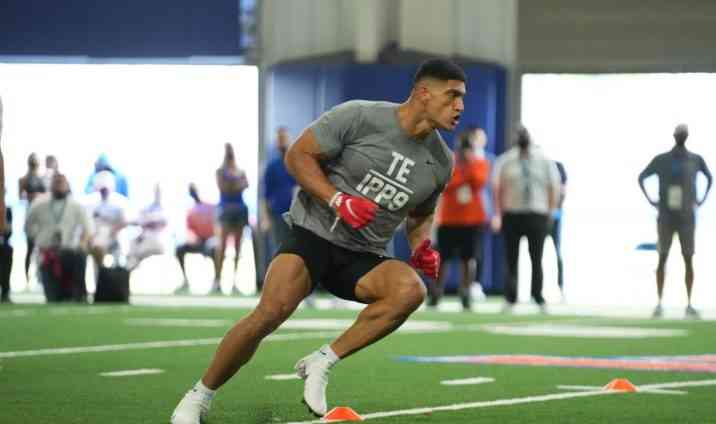 One of the players who has attracted the most attention in the NFL’s International Pathway Program is TE Sammis Reyes, who was born in Chile and could become the first Chilean to join the league. This Tuesday, he gave a press conference, in which Primero y Diez was present, about his process towards it. In this, he assured, among other things, that his realistic expectation is to be part of a roster to play every Sunday.

The Chilean spoke about his transition from basketball (as it was the sport he played the most in his college career in Tulane) to football, how he has adapted to the tight end position, how Tony Gonzalez became his idol, among other things. But one that caught the most attention was when they asked him what his realistic expectations are for the 2021 Season, and this is what he replied:

“The most realistic goal is to be part of the 53 on the field every Sunday. I think the last five days (including his Pro Day in the NFL IPP) it was noticed that I am part of this sport, that I am no longer a basketball player, I am a football player, and I think I showed my ability to participate on the court every Sunday.

I have had the opportunity, the luck, and the blessing to be able to speak with more than 15 teams in the NFL. He has been extremely good at this process, so in the coming weeks, I will take a couple of visits to the clubs that my agent, my family, and I think are the best options for me, for this year and may be before the Draft as after that I will make the decision of where I want to go to play”, declared Reyes.

Alex Smith Announces His Retirement From The NFL