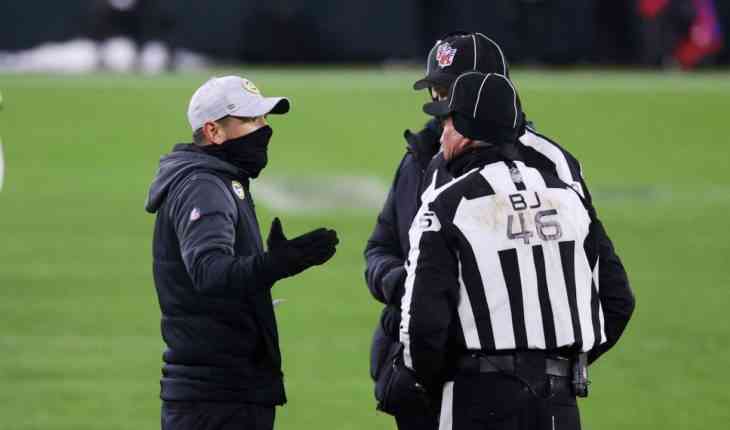 Among the proposals that will be analyzed in the owners’ meeting that will take place virtually this day is the expansion of the functions of the instant replay officers. Next we will tell you a little about this question.

This issue has been a recurring theme in Peter King’s reports, one of the NFL’s most important writers. King reported, since late last month, that the NFL was considering giving more powers to instant replay officials in the stadium, including the power to advise the field officials roster on decisions made. This includes issues such as catches, down-by-contact decisions, and situations involving a player being labelled as on or off the field.

Being very precise, the official proposal was presented by the Competition Committee, the Coaches Sub Committee and the Baltimore Ravens and is a modification to Rule 15, Section 3, Article 9 and Rule 19, Section 2. The idea is “Allow designated members of the official’s department to provide certain objective information to field officials.” This idea is, in essence, what the AAF and the XFL did at the time, putting an official in a box so that he could make play decisions with a different point of view.

The biggest difference from what is currently being done in the NFL is that, so far, replay officials only show replays or suggest that officials review plays (within the last two minutes of each half). Under the new proposal, officers could, in essence, dictate the call in the field. In other words, if an incomplete pass is marked on the field and the booth official realizes that it is a complete pass, he could change the decision on the scoresheet by suggesting that something be revised that probably no one would have requested on the field of play.

In the booth official’s current role, the only things he can help determine are the game clock and the position of the ball; so giving him that authority would greatly expand his powers. What’s more, teams could see it as an opportunity for many more replays, as the booth official could request a review of multiple plays per game, something that teams could not do because they were limited to two reviews per game.

What effects can it have?

If we stop to think a bit, the first effect that this change will have is that the matches will be longer, since there will be another entity that can request revisions. True, the idea is to try to reduce errors, but it will come at a cost in terms of the pace of play.

Another point is that these “expanded roles” for instant replay officers will give someone who is totally off the field power of attorney. That’s something that hasn’t really been seen in the NFL, while in other sports (like soccer with VAR), it has been the subject of much controversy.

Who Will Protect Patrick Mahomes? Linemen Eric Fisher And Mitchell Schwartz Are Cut By The Chiefs