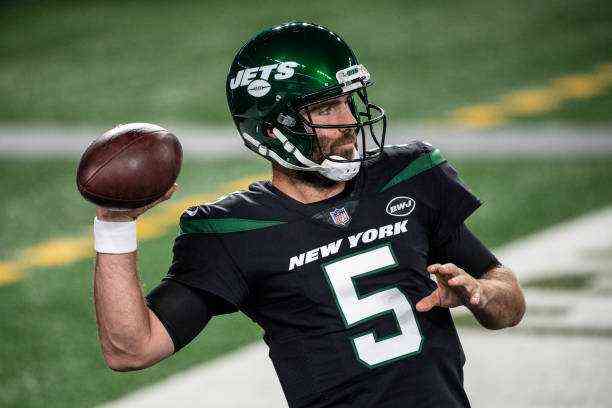 Eagles will have in Joe Flacco the experience of a Super Bowl-winning QB to help Jalen Hurts on offense.

Quarterbacks are coveted in the NFL, it is a fundamental position to be able to seek the Super Bowl championship, and the Eagles have just signed a QB for a year who already knows what it is to win the big game in Joe Flacco.

Jalen Hurts will be in charge of commanding the Eagles’ offense, but it will not be an easy task because the team is undergoing reconstruction, and its corps of receivers does not have the renown that other teams in the NFL, but Flacco’s experience will help with this issue.

Eagles will have a difficult season as their division tightens more and more. The Giants continue to strengthen and still have the Draft. Cowboys assured Dak to be the leader and Washington Football Team, as he has not moved at all in free agency, but you have money to invest.

Last season, the Eagles were one of the worst teams in the National Conference and the entire NFL, although the benefits of the poor performance of their division left them alive until the penultimate date of the regular season.

Joe Flacco will enter the scene to help Hurts establish himself on the field, and if things go wrong for the starting QB, he will be in charge of throwing the passes for his receiving corps of Jalen Reagor, Greg Ward, and Travis Fulgham.

Joe Flacco was in last season with the New York Jets, and his seniority already cost him because he did not have the same numbers as in previous years, and it was to be expected because he was not the starting QB, it was Sam Darnold who took that role to New Yorkers.

In the 5 games that Joe Flacco participated in, he had 864 passing yards, 74 passes caught in 134 attempts, and a 55.2% completion percentage. In the field of annotations, he generated 6 touchdowns and 3 interceptions for a rating of 80.6.

Jalen Hurts had competition with Carson Wentz, both of whom shared a QB role with the Eagles. Although he played more games than Wentz, his performance was lower in terms of numbers, for the 2021 season, he will be the starter looking to establish himself.

15 games played for Hurts with 1,061 passing yards. 77 passes caught 148 attempts for a percentage of 52%. Jalen registered 6 touchdown passes and 4 interceptions for a rating of 77.6, and the 13 sacks he received are also striking.

From Tom Brady To Chris Godwin! This Was The First Touchdown Of The 2021-22 NFL Season