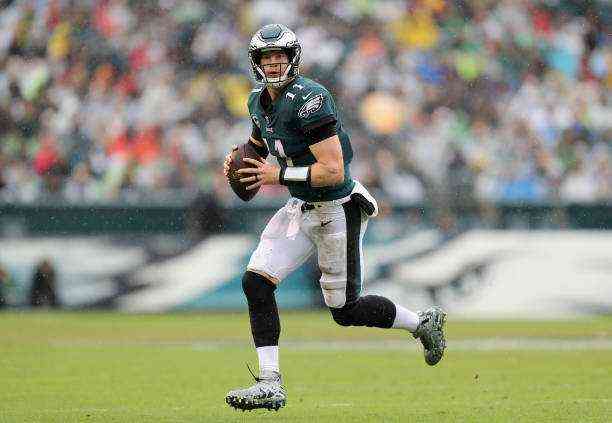 In the NFL news this Tuesday: QB Carson Wentz, happy to get to the Colts; the Packers are working on restructuring QB Aaron Rodgers’ contract and more.

“Indianapolis has more vibe and culture than Philadelphia”: Wentz.

The new Indianapolis Colts QB, Carson Wentz, stated that he is happy to join his new team, especially for the city to which he arrives. “From a family point of view, I have an 11-month-old baby. I have my wife, and she’s from Kentucky, so his whole family is two and a half hours away. It feels like us, our culture, our values, and our vibe.

New York Jets WR Corey Davis stated that he signed with the AFC East squad on the understanding that QB Sam Darnold was going to stay on the team amid rumors that he could be traded. “I come understanding that Sam is the man. That doesn’t scare me at all. I’ve seen Sam do great things, “said the receiver.

QB Aaron Rodgers of the Packers.

There is an explanation as to why the Green Bay Packers have been slow on Free Agency amid today’s NFL news. The NFC North team continues to work on restructuring QB Aaron Rodgers to free room in the salary cap and eventually reinforce the eliminated team in the 2020 Season in the NFC Championship Game.

Free agent signings around the league

We briefly present the most important free agent hires that took place between last Monday and Tuesday around the NFL:

Trent Williams confirms he was about to sign with the Chiefs

San Francisco 49ers LT Trent Williams confirmed he came close to signing with the Chiefs as a free agent before becoming the league’s highest-paid offensive lineman with his contract extension with the NFC West side. “It’s like a roller coaster because I thought Kansas City was the place. Fortunately, my boy (Kyle Shanahan) arrived, and I’m back,” said Williams.