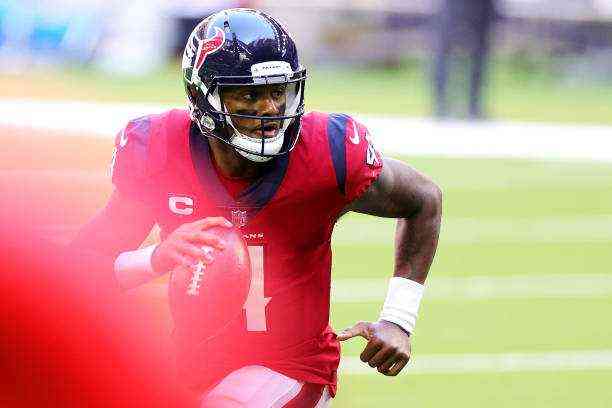 In the midweek NFL news: update on QB Deshaun Watson; QB Russell Wilson would look to the Seahawks to sign WR Antonio Brown and more.

Update in the case of Deshaun Watson

One of the extra-court stories of this offseason. Last Tuesday, Houston Texans QB Deshaun Watson received two new lawsuits from women alleging sexual misconduct. With this, the passer currently has fourteen cases against him to investigate. One of the latter allegations stated that Watson is a “serial predator.”

On the contrary, the player’s lawyer (Rusty Hardin) declared in a statement that he has “strong evidence” that one of the accusations against Watson is false and that this makes him “doubt the legitimacy of the rest of the claims.”

To complement what was released for today’s NFL news, Watson’s marketer stated that he was threatened by a person who wanted to blackmail the player with this case in January.

Free agent hires around the NFL

The 2021 NFL Free Agency carousel isn’t going to stop. We briefly present the most important hires that occurred between Tuesday and Wednesday:

The Pittsburgh Steelers announced that they terminated CB Steven Nelson’s contract, who asked the team to be traded or cut. The player served with the AFC North infield in the last two seasons, including 109 tackles, 2 tackles for loss of yards, 2 INTs, 9 passes defended, and 1 fumble recovered in 30 games played.

Although it appeared that QB Marcus Mariota would be cut or traded by the Las Vegas Raiders, he agreed to a new contract with the team restructuring it and releasing just over $ 7 million in the salary cap. This will have a value of one year and 3.5 million dollars with the possibility of reaching up to 8 million with incentives. He will remain in QB’s body with Derek Carr.

Just as he tried early in the 2020 Season, Seattle Seahawks QB Russell Wilson wants the NFC West squad to sign WR Antonio Brown (Super Bowl LV champion with the Buccaneers). Both had preseason drills in 2020, and the veteran finished last season with 45 receptions, 483 yards, and 4 TDs with Tampa Bay.