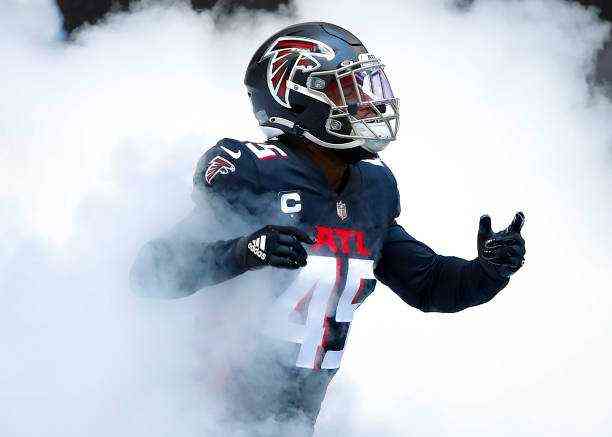 Dean Spanos would be forced to sell out the Chargers; Ron Rivera says QB Ryan Fitzpatrick is a starter but must work to retain the job and more.

Spanos would be forced to sell to the Chargers

The sister of Dean Spanos, owner of the Los Angeles Chargers, submitted a petition to the Los Angeles court arguing that the team’s debt has disrupted the family’s finances and that the only solution is for the team to be put up for sale. One of the suggestions is Jeff Bezos, founder, and CEO of Amazon. Spanos has owned the franchise since 1994 and was commissioned to move it from San Diego to Los Angeles in 2017.

The Falcons will play in London in 2021

The Atlanta Falcons are officially the first team to agree to play an international game for the 2021 Season. The NFC South side will take one of their eight home games this coming season to Tottenham Hotspur Stadium. The rival and the date have not yet been confirmed, topics that will come to light once the new season’s calendar is presented.

Los Angeles Rams quarterback Matthew Stafford underwent minor surgery on his right thumb in March. This intervention, which will be carried out due to an injury suffered by the quarterback in December, will be a “cleaning procedure” in the affected area. It is reported that the veteran will not miss part of the offseason activities of the Rams, his new team.

Hilton talks about how he returned to the Colts; flatters Wentz, his new QB

Indianapolis Colts WR TY Hilton stated that he turned down better Free Agency offers in order to return to the AFC South roster (which he’s been on since he entered the NFL in 2012. “I wanted to stay here no matter what cost. I turned down a lot of money to be able to stay, and that’s what I want to do, “said the receiver.

On the other hand, Hilton also spoke about his new QB, Carson Wentz, whom he compared to retired Andrew Luck. “He has certain resemblances to Andrew Luck. He can come out of the protection bag and make plays, a special talent”, assured the WR about his Wentz.

“Fitzpatrick is our starting QB but there will be competition”: Rivera

Washington Football Team head coach Ron Rivera stated that the team’s new QB, Ryan Fitzpatrick, is the starter at the moment but there will be competition at the position to make a final decision. “Last year, one of the mistakes I made, obviously, was that there was no real competition. I felt like the idea was to give Dwayne (Haskins) as many reps as possible so that he would be ready to play.

Tampa Bay Buccaneers General Manager Jason Licht stated that QB Tom Brady has made effective progress after undergoing knee surgery after the 2020 Season ended. “I spoke to him last week. I think things are fine. I do not want to set an exact period of time because I do not want to set expectations, but I know that things are good, “said the executive.

NFL Relaxes Measures Against Covid-19: Goodbye Masks And Social Distance In The Draft