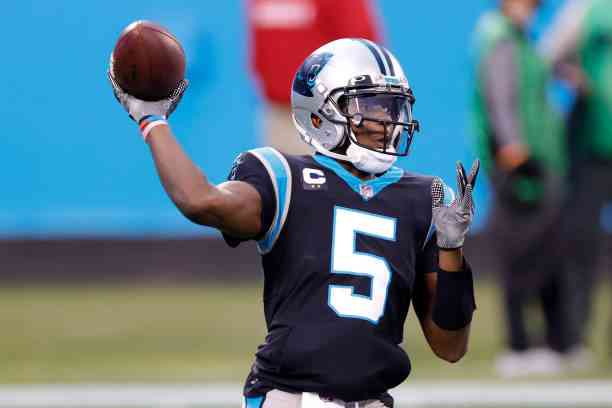 In this Tuesday’s NFL news: teams that could make it out of the Top 10 in the 2021 Draft, the Panthers would exercise a fifth-year option on QB Sam Darnold after acquiring him via trade and more.

The 49ers (from pick 12 to 3) and the Dolphins (they go from 3 to 12 and then to pick 6) are some teams that have made moves among the teams with selections within the Top 10 of the 2021 NFL Draft. Now, it’s Atlanta Falcons (4) and the Detroit Lions (7) who would be willing to leave their respective positions. These are attractive positions for a franchise looking to select a quarterback.

We continue to update one of the offseason stories in the NFL news: Houston Texans quarterback Deshaun Watson’s legal case. The passer received a twenty-second lawsuit among female massage therapists who accuse the player of inappropriate conduct and sexual harassment during professional pitcher sessions. Of the 50 masseurs Watson saw, there are already 22 who have filed complaints against him.

The Carolina Panthers acquired QB Sam Darnold via trade with the Jets, who was ending his contract after the 2021 season. However, having been a first-round selection (3) of the 2018 NFL Draft, he has a fifth-year option, and the NFC South plans to exercise it. With this, the quarterback will receive more than 23 million dollars in that time.

The Panthers will let Bridgewater decide on their future

Following Sam Darnold’s acquisition, the Carolina Panthers now must make a decision on QB Teddy Bridgewater (starting 15 games under center in the 2020 Season). The team will let the veteran talk to other franchisees about the possibility of being traded (making the process easier). The NFC South team does not rule out staying with the player, but they will let him decide on his future.

Bad and ugly news for and for the Minnesota Vikings. CB Jeff Gladney, a first-round draft pick of the 2020 NFL Draft, surrendered to the Dallas County jail after the player posted a $ 10,000 bond on third-degree domestic violence charges. Gladney physically abused his girlfriend on April 2.

Dunbar is a new Lions player

Helps in the secondary defense for the Detroit Lions. CB Quinton Dunbar agrees to sign for one season to be a new player in the NFC North squad. In the 2020 season, the defender played for the Seahawks and recorded 30 total tackles, 2 tackles for a loss of yards and 5 passes defended in the six games he played (before suffering a knee injury that left him out for most of the season).