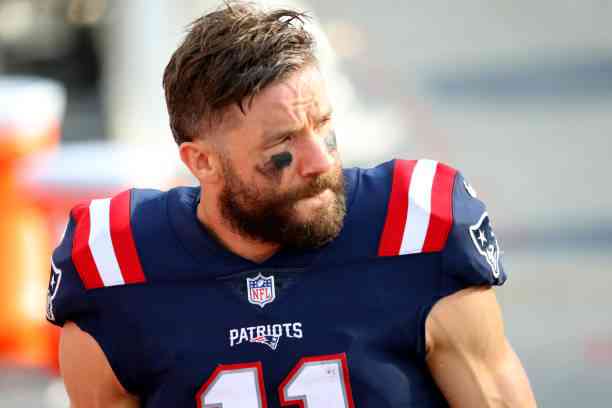 The Cowboys and Patriots could jump to pick 4 for the Falcons; WR Julian Edelman is hesitant to play the entire season in 2021 and beyond.

Cowboys and Patriots interested in pick 4 for the Falcons

According to some rumors, the Dallas Cowboys could be a team that jumps to pick 4 of the 2021 NFL Draft by making a trade with the Falcons. Franchise owner Jerry Jones declared his “quirk” with TE Kyle Pitts, and it would be the reason the NFC East team would seek to jump from the 10th pick to the fourth.

On the other hand, the New England Patriots are the second team that could make such a change with Atlanta to acquire the fourth draft pick. The AFC East team currently has the 15th pick of the event, but they are not ruling out jumping as many positions to take their quarterback of the future.

Edelman doubts he can play the full season 2021

Hard topic among the NFL news. The New England Patriots WR, Julian Edelman, says he wants to be present in the 2021 season but doubts that he can play it completely due to a chronic problem in his knees. Until 2019, the receiver had only had 2 seasons in which he played less than 10 games in total. In 2020, the veteran barely played in six and only started in one of them.

“Reid sent me images of the Lombardi Trophy constantly”: Smith-Schuster

Pittsburgh Steelers WR JuJu Smith-Schuster stated that Chiefs coach Andy Reid did not tire of trying to convince him to sign with Kansas City in the 2021 NFL Free Agency. The catcher signed a new contract with him. AFC North drew for one season, but the AFC West team also offered and even outbid the Steelers.

“He kept sending me pictures of the Lombardi Trophy,” Smith-Schuster said of Reid.

“I don’t care if I looked bad after trading Darnold”: Douglas

New York Jets General Manager Joe Douglas said he doesn’t have in mind whether or not he looked bad after trading QB Sam Darnold to the Panthers. “I can give two shits if I looked bad or not. I know it will be successful. The timing alone did not work here. We couldn’t turn it around fast for him. It is not your fault. I support good people, and he is, I know he will do good things,” said the executive.

“We need to fill the LT gap”: Staley

Los Angeles Chargers head coach Brandon Staley said his team should reinforce the left tackle position this offseason. “Without a doubt, it is a gap that we currently have. We feel like we have some prospects on the roster who can play there. But it is definitely a position that we will pay attention to before July”, assured the coach.

Currently, the Chargers have Trey Pipkins as their only left tackle among their ranks. They also have the thirteenth selection of the 2021 NFL Draft with which they could select an LT.

The Best Running Backs Heading To The 2021 NFL Draft