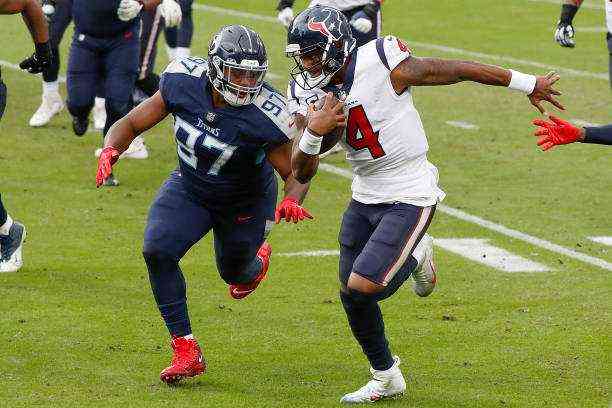 In the midweek NFL news: QB Deshaun Watson would have two preferred destinations; players who were cut before the start of the new year in the league and more.

Watson, accused of violence against a woman; deny the facts

Houston Texans quarterback Deshaun Watson was charged Tuesday night with violence against a woman and was even charged with it. This, once the victim’s lawyer announced the situation through his Instagram account. The player immediately published a response on his social networks, in which he denied the facts.

On the other side of the coin in NFL news, QB Deshaun Watson would have two preferred destinations to play starting in 2021 and where he wants the Houston Texans to trade him. According to Michael Lombardi of The Athletic, the player cut his list to the Denver Broncos and San Francisco 49ers, teams that still have uncertainty with their respective QBs.

The Chicago Bears made one last massive offer to the Seattle Seahawks in their bid to acquire QB Russell Wilson. However, the NFC West cadre confirmed that at this time they have no intention of trading their star. Soon after, the team led by Matt Nagy filled the space they had at the position and signed QB Andy Dalton.

Teams around the league continue to tweak their rosters as they head into the new NFL year and stay in shape at the salary cap. We present to you the relevant players who were cut this Tuesday:

The Buccaneers focused on continuing to rehire their players