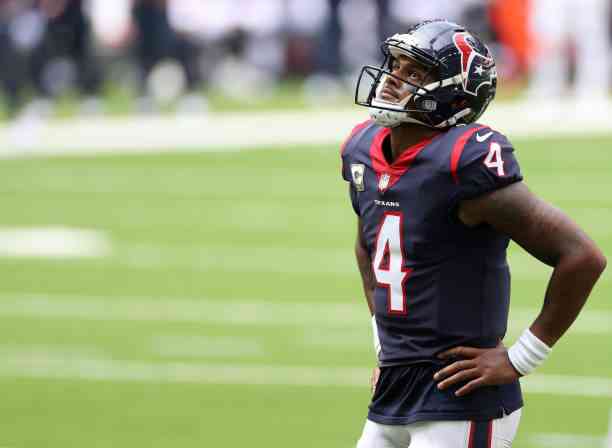 22 women have reported Deshaun Watson for sexual assault, is investigated by the Houston police, and brands are moving away from him.

The Houston Police Department launched an investigation process against Houston Texas quarterback Deshaun Watson after being sued by several women for assault and sexual misconduct, so the brands that sponsor him are now moving away from the player of 25 years.

In total, there are 22 women who have denounced the Texans star. Two of them have already been identified, they are Ashley Solis and Lauren Baxley. “I am no longer afraid,” Solis said at a press conference.

The NFL is also conducting an investigation, and the Texans have indicated that they cooperate with the investigation in this regard, so brands have begun to move away from him, including Nike, which suspended its commercial commitment to Deshaun.

“We are deeply concerned by the disturbing allegations and have suspended Deshaun Watson. We will continue to closely monitor the situation,” said the sports brand, according to The Athletic.

Other brands move away from him

However, Nike is not the only brand that has moved away from the player due to the quarterback’s legal situation. NRG Energy, the electric power company that gives its name to the Texans stadium, announced that it will not renew its relationship with Deshaun Watson as the firm’s ambassador.

“Our relationship with Watson as a brand ambassador was scheduled to end this spring prior to these allegations, and there are no plans for future engagements or contracts with him. We take allegations of this nature very seriously. With regard to the legal process, there are no further comments on this matter,” the company said in a statement.

The HEB supermarket chain clarified that its commitment to Deshaun will not be renewed in 2021. “The relationship with Deshaun Watson ended with the 2020 season of the Texans. There are no plans for future commitments”, he confirmed.

Faced with the murky outlook for Deshaun, other brands could move away, either with the suspension of commercial agreements or definitively end the relationship. Among those brands is Apple, through Beats.

However, the worst thing that can happen to the quarterback is being cut by the Texans, a situation that could occur as the investigations progress.