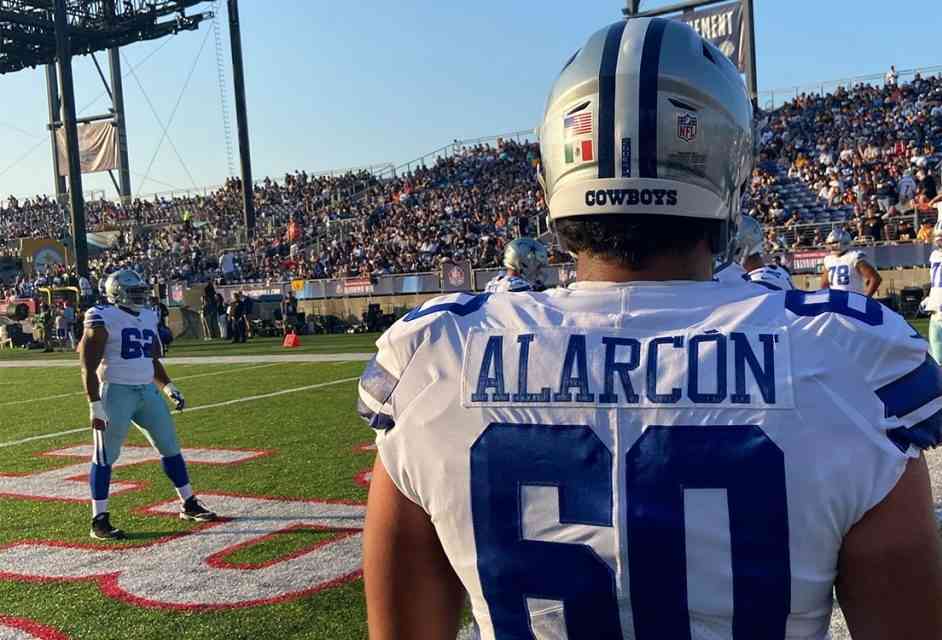 There is no bigger fan than mom, and Myrthala Garcia is an example of this, as she has supported her son, Isaac Alarcón, in the preseason.

Isaac Alarcon tries again. The Mexican exhausts all his possibilities to integrate the final roster of 53 players who will start the season with the Dallas Cowboys in the NFL during preseason games.

The Mexican lives for the first time a preseason despite the fact that he is living his second year, because it must be remembered that last year there was no preseason as such, so now he plays all his cards on the field and with the support of his family, especially from his mother, Myrthala García.

There is no one more fan than mom

His mother was caught in the stands during the game between the Cowboys and the Texans, driven to Alarcon, who is looking for one of the four probable substitute positions among the offensive linemen, which makes it clear that there is no bigger fan in life than Mom.

This is part of the HBO series, called Hard Knocks, which shares scenes in the intimacy of the Cowboys and the Mexican was part of the starring role in the episode broadcast after the third week of preseason.

How has Isaac Alarcón fared in the preseason?

In that match, Alarcon wore the Mexican flag on his helmet. However, it did not receive good reviews after the third match. “We really liked what he did against Pittsburgh, it wasn’t bad, but we thought he was going to make progress (against Texans), and we didn’t see this,” said Joe Philbin, the offensive line coach, according to Dallas Morning.

In the first two games, against the Steelers and Arizona, the Mexican delivered good numbers, because, during his stay on the court, he did not allow even a hint of capture in the second half.

It should be remembered that during last season, Dallas suffered with its offensive line between game losses and constant injuries, so it is one of the areas to reinforce and adjust during the preseason, both to define the starting line, as the substitute, so Alarcón will play the last card on Sunday, August 29, against the Jaguars.

Days later, the names of the 53 players who will start the regular season will be announced, so let’s cross our fingers to have a Mexican in the NFL this season.