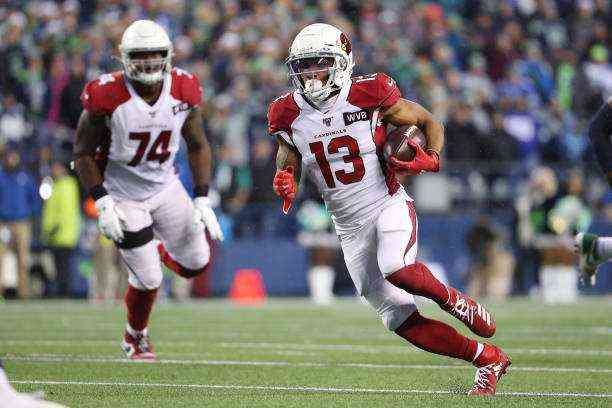 It’s time to talk about Fantasy Football after the information we got from the NFL 2021 Free Agency. On this occasion, we will comment on those less valuable players compared to what we saw in the 2020 Season after those movements that this period left us around the league. We will mention one per position.

He wasn’t the most reliable player in Fantasy Football, but now that the Raiders have dismantled most of his offensive line, he will struggle to be productive. In addition, in 2020, his WR1 as Nelson Agholor left, and John Brown does not have that profile to fill that gap. It will cost Carr to be an effective one to be alignable week to week.

Another Raiders player. He will remain as RB1 on the team and will continue to be effective, but with RB Kenyan Drake Las Vegas’s arrival, it sends a clear message that they will implement a committee backfield in their offense. This puts Jacobs of lesser value in Fantasy Football, especially since he will be taken within the first three rounds and may not produce against expectations. In addition, the issue of the offensive line is also a factor in its value going down.

In the second half of the 2020 Season, Kirk began to become the second preferred receiver for QB Kyler Murray even over WR Larry Fitzgerald. However, now that the Cardinals brought in WR AJ Green to bolster their offense, this receiver’s value drops markedly. Perhaps it would be effective against defenses that do not know how to effectively cover the slot, but not beyond a WR4 for Fantasy Football.

On the day he was reported to be playing for the Patriots, he had a brutal profile as TE1 for Fantasy Football. However, a day later, New England secured TE Hunter Henry’s hiring, and that’s where his value dropped. This new pair that Bill Belichick will try to implement is unknown, so neither is very reliable for now.

These are the players who worsened their value in Fantasy Football after what happened in the 2021 NFL Free Agency. Who are yours? We read you in the comments.