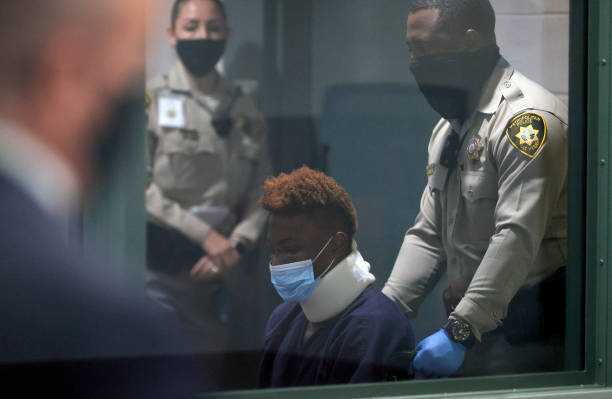 The now-former Raiders catcher was speeding and drunk at the time of the crash in which one person died.

Henry Ruggs III’s history with the Las Vegas Raiders, and most likely the NFL, has ended much earlier than planned, after the car accident in which he was involved in the early hours of Tuesday, November 2. The NFL team ended the relationship with the receiver.

Through a brief statement, the Raiders officially cut the 22-year-old who had joined the franchise in 2020. “The Raiders have cut Henry Ruggs III.”

The accident of the now-former Raiders player happened on Tuesday, November 2 at 3:40 a.m., in a residential area of ​​Las Vegas. Police reports indicate that he was driving over 250 kilometers per hour in a Corvette and under the influence of alcohol.

At this speed, it hit the back of another car, in which a woman was traveling along with her pet. The victim’s car caught fire, and both the 23-year-old woman and her puppy died at the scene.

Henry Ruggs III was traveling with his partner, and both were taken to a hospital for non-life-threatening injuries, for which hours later the receiver was discharged and sent to prison in the absence of appearing before a judge.

Henry Ruggs III was a teammate of Miami Dolphins quarterback Tua Tagovailoa at the college level in Alabama, so the QB spoke about it and lamented the death of the woman in the other car.

“You would never think that he could hurt a soul,” however, he also regretted his former partner’s decision to go out so late at night. “My heart also goes out to Henry and his family. Obviously, it was not the right choice or decision that he made at the time. I know I wish I could correct it,” he mentioned according to TMZ Sports.

Super Bowl LV: Why And What is The Two-Minute Break-In Football For?