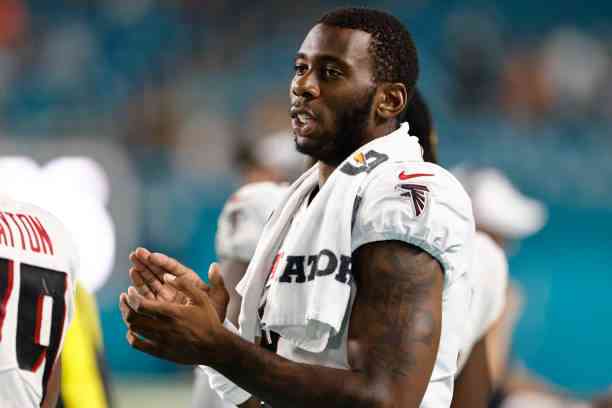 After a season in which they were at the bottom of the NFC South with a 4-12 record and with the departure of Julio Jones via trade, the Atlanta Falcons – now with Arthur Smith as head coach – face the 2021 NFL Season with a great promise in tight end Kyle Pitts, who is expected to make an immediate impact. However, a poor running attack, an offensive line that saw its best man break off in Alex Mack, and a defense that finished fourth-worst in total yards allowed, makes us question what the aspirations are for the Falcons in a division that seems to belong from now to Tampa Bay.

A QB did not tempt the Falcons in the 2021 NFL Draft to prepare veteran Matt Ryan’s successor – with Justin Fields available – and instead took Pitts with the No. 4 spot in the event, a logical decision for him. Generational talent that this player means, but something questioned by a certain sector of the public. However, the ideas of Arthur Smith could be realized with the potential of this rookie.

A TE is often the most important position in modern offenses, too big for a CB to cover and too fast for a linebacker or safety to cover. In essence, Pitts is a WR, but with a TE body. His average of 17.9 yards per reception in 2020 dwarfed even the 15.9 of WR DeVonta Smith, winner of the Heisman trophy that year. Unlike other tight ends, he evades the pressure of coverage with his foot movements, thus becoming a problem even on short passes, although he has the problem of not helping too much in blocks.

Kyle Pitts could be a “Swiss army knife” for Arthur Smith

With the arrival of head coach Arthur Smith, former offensive coordinator of the Titans, some interesting ideas also came, for example, the use of TEs. It’s no secret that Jonnu Smith was an extremely athletic weapon in his playbook for Tennessee, averaging 6.8 receiving yards for his team career. For his part, Pitts in 2020 had 6.3 receiving yards, an indicator of where the work of this offense could go, with passes of all kinds looking for the rookie as he consolidates in the NFL.

His speed on Florida Pro Day was superlative ( 4.44 seconds in the 40-yard test ) and, together with his way of operating the routes, they make him difficult to ignore for long as a target of any pass. Even without standing out as a conventional TE, it is exciting that his offensive coordinator can see him with little exploited attributes in college.

The Florida alumnus comes to a place where he fits perfectly, considering the offensive product the Falcons have shown in recent seasons: a highly productive passing offense in points and yards. During his first season, we should witness an immediate impact from Pitts, positioning himself as a clear number 2 target behind Calvin Ridley, showing the speed he possesses, as well as his ability to fight divided balls thanks to his height and to generate mismatches, either by speed or by his physique. He has the potential to be a true playmaker and a danger from anywhere on the field.

Will it be an immediate patch for the departure of Julio Jones?

First of all, we must consider that the legacy and production left by Julio Jones will be extremely difficult to replace. However, in part, the arrival of Pitts is precisely for that purpose. Although we should not expect numbers and statistics as spectacular as those of Jones in his prime, Pitts has the talent and physical capacities to produce in the NFL already, making the veteran’s departure less noticeable and avoiding a loss of play offensively. Rather than seeing the TE as a replacement, it should be seen as a safe and reliable weapon that will eventually explode statistically.

Behind Kyle Pitts, what do the Falcons have to compete in 2021?

After a season in which they finished as the sixth-worst rushing offense, it seems that the moves made in the offseason did not add much value in that regard, on the contrary. During free agency, they lost their starting center, Alex Mack. On the other hand, Todd Gurley – the team’s running leader – was not renewed. Instead, those who arrived were Mike Davis from Carolina and Jalen Mayfield, this year’s third-round pick. Faced with a weak offensive line and no interest in bringing in an RB via Draft, it seems that the Falcons are destined to present a practical nil running game once again.

By air, with an arsenal that includes Pitts, Ridley, and TE Hayden Hurst, we can think of the Falcons as an uncomfortable team within the NFC, particularly because of their powerful offense, however the lack of balance, an offensive line. that does not inspire confidence and defense with many doubts could limit the aspirations to play Playoffs for this team. The arrival of Arthur Smith could represent a new beginning for this team in a division that, outside of Tampa Bay as a possible champion, there is no clear team that can position itself with second place and, with that, a ticket to the postseason.