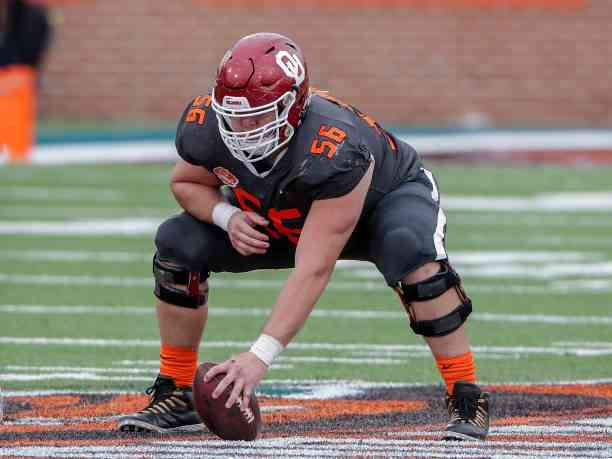 Once the main prospects of the First and Ten Big Board have been thoroughly reviewed (at least, those that, in our opinion, have ample first-round possibilities), we bring you the brief and general analysis of the rest of the prospects on our board, from So let’s complete an X-ray as wide as possible of the players that we will see parade throughout the three days of the 2021 NFL Draft.

This time we have to talk about prospects 51 to 55, including member names by potential and even by aspects of their biography.

A brilliant player to do defensive pre-readings, blocking adjustments and protection. Good strength and hand technique that makes it difficult for rivals to remove the block. He is quick to put himself ahead of the rival lineman. Leader in his team, he likes competition and has no problem with durability.

He will have to polish his blocking technique to the second level because he tends to arrive very stationary and could be unbalanced against strong players. The consistency of play is worrying because he can do a great job one play and the next he has to disappoint.

An athletic guy with strength and who won’t hesitate to gain extra yards if it means heading towards the defensive. His father is a bodybuilder and helped him in his gym work, so unlike other WRs, he does not shy away from the impact. He has a good road talent and can read coverage to navigate the coverage gaps and be in a good position to receive the ball and gain yards from the catch. Its strength also applies it to block, a characteristic that is also well regarded.

In contrast, the lack of speed does not allow you to create separation on routes deep in the ground. He is not the most skilled with the ball, so he relies on his physique to gain yards. He has some history of injuries, but nothing serious.

He has experience on both sides of the offensive line as a tackle and 34 games as a starter in his collegiate career. He’s tall and fast enough to get into position once the ball is centered to prevent pass rushers from having the upper hand. Use your arms and hands well to get away from rivals. In the running game, he usually does a good job and is effective at the second level. He is trainable and, if he needs to improve, he strives to improve.

On the contrary, his arms are short, and against higher-level opponents, he could find problems. He’s not the type of tackle to play aggressive, so he could allow second chances for opponents. Sometimes he stands too high to protect and tends to lose control when looking for the defender to block, which will lead him to fail.