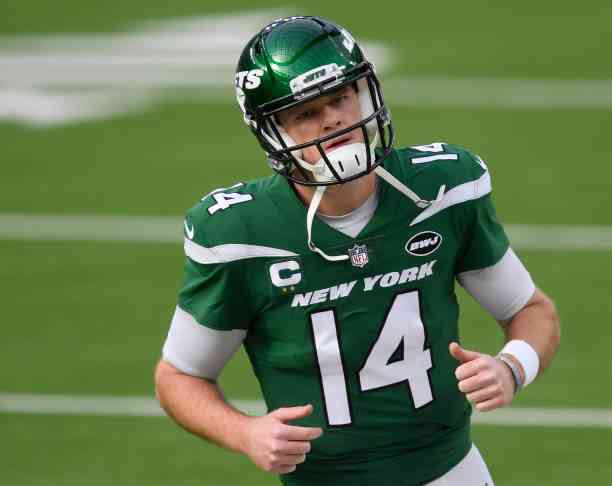 The NFL will announce the games with exact dates of the regular season next Wednesday, May 12 and, although the teams do not know the order of their respective games, they already know their rivals. Therefore, we are heating our engines towards this issue with the Panthers vs Jets, one of the duels that will be on the 2021 NFL Calendar and that may not generate the expectation of a probable Rodgers against Mahomes, but that will have very interesting implications for those of us who follow in detail this league.

In this case, we are talking about the personal affront Sam Darnold, the failed hope of the Jets as their third overall pick in 2018, and that now as a member of the Carolina Panthers, he will be welcoming his former team, commanded by the new hope with whom They replaced him: QB Zach Wilson.

The return of Sam Darnold against the NYJ – 2021 NFL Schedule

Let’s be honest, last year, a game between Carolina and New York would have been another one of the bunch, considering how badly both teams were having; The Panthers were fighting the bottom of their division with the Falcons, and the Jets never came out of the last place in an AFC East fight, but this year everything could change.

In 2020, Jets head coach Adam Gase took it upon himself to take this team to the bottom of the division at 2-14, and if it hadn’t been for the Jaguars, they would have been the worst in the league. Now, Gase is no longer on the team, and as part of the purge, it was decided it was time to say goodbye to the Sam Darnold project after three years, having acquired him with the third overall pick in the 2018 NFL Draft.

The USC graduate finished his career in New York with decent numbers; 45 touchdowns, 39 interceptions, and 8,097 yards, however, it was not enough to continue in charge of the offense of this team, therefore, those led by Robert Saleh decided that the best thing was to start again from zero and get what they could undo by Sam Darnold.

Thus, taking advantage of the global pick 2 of the current year, the Jets selected quarterback Zach Wilson, of BYU, who, barring some surprise, will start from day 1 with this franchise. With this selection, Wilson became the sixth quarterback in history to be selected by the Jets in the first round of the NFL Draft after Sam Darnold (2018), Mark Sánchez (2009), Chad Pennington (2000), Ken O’Brien (1983), and Richard Todd (1976).

For his part, after leaving the Jets, Darnold found a new future in the Panthers, a team that still believes that the 23-year-old may be the franchise quarterback they have needed so much since the departure of Cam Newton, and something is True, Darnold never had an offensive coordinator on the Jets that lasted more than two years, so he didn’t have consistency, but Carolina hopes to change that under a good coaching staff.

For this reason, this game will be one of those that we must be alert to in Season 2021, because if the Zach Wilson project does not work, and Sam Darnold becomes the star player that he is still expected to be, the Jets will have remained like the losers of the 2021 NFL Draft. But, otherwise, they could fight their division and even a Super Bowl ticket in the following years.

On the other hand, Carolina needs Sam Darnold to take advantage of this second chance if they intend to fight the NFC South against the Saints and the Buccaneers, because, if not, another year awaits them at the bottom of the division, and they will have regretted not selecting a quarterback in this year’s draft.

How will Sam Darnold fare when he meets the Jets? What game of the next NFL 2021 calendar that we will know on May 12 do you look forward to more than this? We read you in the comments under this article and on our social networks.