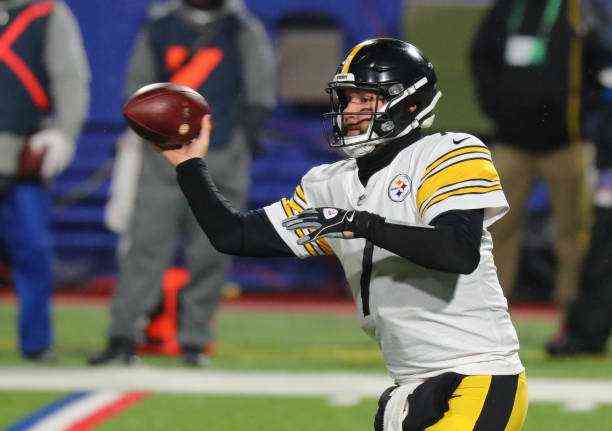 Ben Roethlisberger had Steelers fans with Jesus in their mouths, they did not know if the QB was going to return for the next season or not, but the whole novel was cleared up today. The terrible towels will be waived again with the touchdown passes of ‘Big Ben’.

The deal with the Pittsburgh Steelers is only for the following NFL season, so at least steel fans will be able to enjoy Roethlisberger in 2021 and, if they are lucky, maybe in 2022 if they reach the postseason and Super Bowl.

“It is a great honor for me to be a Pittsburgh Steeler and to give my all for this organization. I am grateful to be at this stage in my career and more than happy to adjust my contract in the best way that helps the team reach out to other players who are so vital to our success,” said Roethlisberger of the contract agreement for the NFL.

Will he start next season?

2021 will be the year that Ben Roethlisberger turns 18 as Steeler, and last season was vindication because 2019 suffered an elbow injury that kept him away from the field for most of the season.

The following season was a personal rematch for the QB, as they were surprisingly eliminated by Cleveland and a start to that overwhelming game by some underdogs Browns that buried them for the rest of the game and had to see their divisional rivals take the victory.

Competing for his position will have Mason Rudolph, a 25-year-old QB who will enter his fourth year with the Steelers, and that his performances in command of the steel offense have not been as profitable as the franchise would like.

From Tom Brady To Chris Godwin! This Was The First Touchdown Of The 2021-22 NFL Season

Number One Fan! The Images Of Isaac Alarcon’s Mother Supporting Him In The NFL Preseason