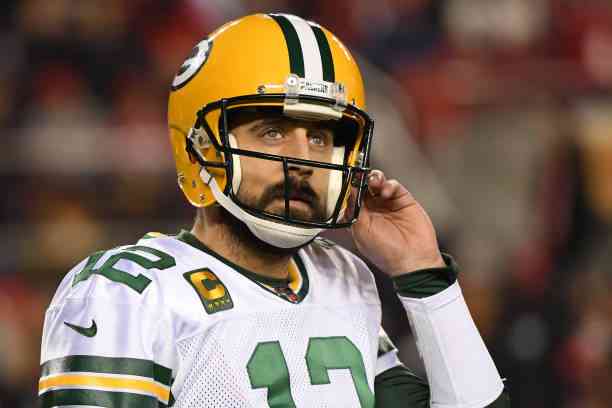 Aaron Rodgers was Jeopardy’s guest host, but one of the contestants decided to play a prank on the Packers’ QB.

Aaron Rodgers is so multifaceted that he can afford to be QB of a winning franchise, NFL MVP, and also a guest host of one of the most successful shows in America, that’s right, the quarterback was the host of the show. Jeopardy this Monday, April 5.

His partner and future wife, Shailene Woodley, commented in their social media stories that Aaron Rodgers would be the host of Jeopardy, and although it was not a spoiler, the QB was seen excited to be on the show, not knowing that one of the contestants would be teasing.

Aaron Rodgers showed that he is not only good at throwing touchdown passes, dodging opponents, and controlling the pressure of an NFL game, because his performance as a host of the program was quite good, Shailene sure helped him with some tips on how to handle the camera of TV.

Everything seemed like it was going to end well for Aaron Rodgers, without any setbacks, and even some jokes appeared to give the program a different tone, but in the last part of the show, something happened that Rodgers did not expect.

Was it Jeopardy or a roast to Aaron Rodgers? Scott, the contestant who had reigned for 2 days in the competition, chose the category of “TV personalities.” He did not know the answer to his question and knew he would lose, so he decided to make fun of the Packers a bit and incidentally.

The theme of the program is to write the answer to the questions on the monitor, but since Scott did not know the answer, he better answered with another question directly to Aaron Rodgers: “Who wanted to kick that field goal ?!”

Aaron Rodgers just smiled and said, “That’s a great question! It should be correct! “. The QB took it with a lot of humor and a great play from the Packers quarterback without getting angry.

What was Scott referring to by his question to Aaron Rodgers?

Possibly Aaron Rodgers does not want to go back in time to find out who made that decision that had cost him the mockery in the middle of the Jeopardy program, but we can remember to know the reference.

In the NFC championship game between the Green Bay Packers and the Tampa Bay Buccaneers, Aaron Rodgers’ men trailed 31-23 in the fourth quarter with 2:09 left. There were still chances of tying the game and even more having the “Ave Maria” expert in the field.

It should be noted that it was the fourth chance and goal, which means they were close to the end zone, but someone in the Packers decided they would go for a field goal. Nobody understood the decision because if the Packers scored, he could look for the 2-point conversion and take the game into overtime.

The story as we know was different, they settled for the 3 points, the Buccs recovered the ball, won the game, went to the Super Bowl, and Tom Brady became a legend, while Aaron Rodgers, for that moment, was the target of ridicule Scott’s.

Where Are We Going In The Deshaun Watson Case?