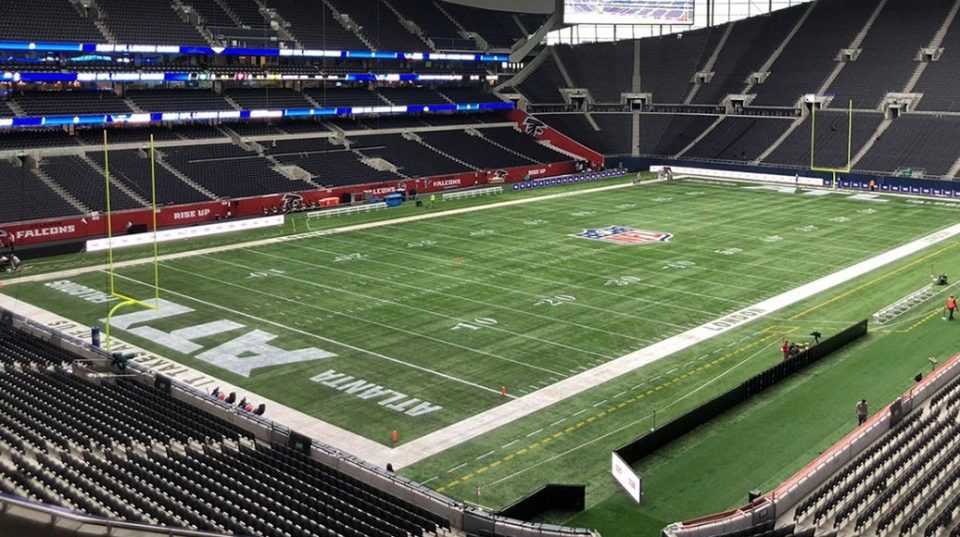 Tottenham’s home will host two NFL games in the coming days, and every step in the stadium’s transformation is spectacular.

From another planet: Week 5 of the NFL brings with it a special duel between Jets and Falcons, as it will take place on English soil, specifically at the Tottenham stadium. Internationalization is an important part of every season, and the efforts to bring the grid to the world are impressive.

Regardless of the environment or the gains that leaving America represents, the league’s work deserves great recognition. And it is that in Mexico we are used to having American football played in the Azteca Stadium, with the same football turf and with serious damage in the following weeks.

However, a video posted on NFL social media showed that this does not happen in all venues and that Tottenham’s home is on another level. The changes in the field of play use a lot of technology, and the result is spectacular.

This is how Tottenham’s stadium prepares for the NFL

Opened on April 3, 2019, Tottenham Hotspur Stadium features a retractable bonnet, ideal for hosting events such as NFL games. This makes it a multipurpose building, but also one of the most modern stadiums in the world.

The technological innovation applied on the court allows much faster to change a lawn and another. Video released by the NFL shows this entire process, even with the moments when shields and yard lines are painted.

As if that were not enough, we can appreciate how certain sections of the stands are removed to adjust their functions and make the event as successful as possible.

The NFL had been absent from its international headquarters due to the COVID-19 pandemic, and although it is now returning to Tottenham’s home, sanitary measures are expected to prevent infections. Among other things, fans who attend the property will present digital tickets; The game between Atlanta and New York will take place this Sunday, October 10, at 8:30 a.m.

Likewise, proof of vaccination will be requested -even if it is not the two doses- because another option is to present a negative test. In week 6, the clash in England will be between the Jaguars and the Dolphins.