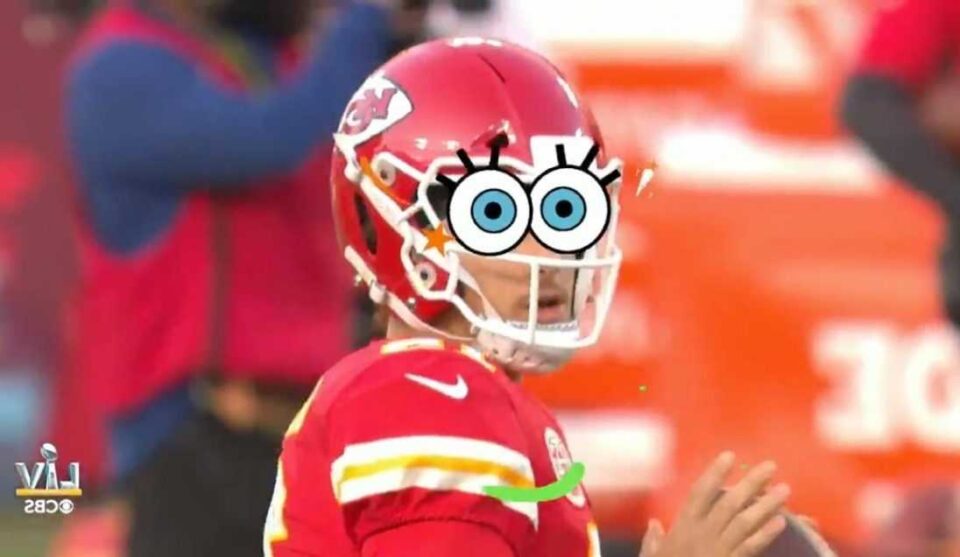 The biggest stars in the NFL and SpongeBob? During Super Bowl LV and no, this meeting took place during the halftime show that memes boast every year.

The dreams of thousands of people were fulfilled for the first time in early January. Nickelodeon and CBS worked together to surprise with animations, special effects, and a much more entertaining version for the little ones.

However, age was not a limitation to enjoy, and history repeated itself during the Super Bowl starring the Tampa Bay Buccaneers and the Kansas City Chiefs: SpongeBob and his friends took over the screens.

Unfortunately, this transmission was only available in the United States, but social networks brought us closer to what happened.

But before the game started, Juan Thornhill stole the spotlight with his tennis shoes. The Kansas City safety warmed up with this incredible SpongeBob and Squidward design with the traditional interpretation at halftime.

As we had already said, the bad news was that SpongeBob did not arrive for the halftime show, something that disappoints millions of fans every year, like when Maroon 5 took all the limelight.

The best day of all! SpongeBob and the company presented the Super Bowl in this way. The day long awaited by millions of fans around the world is also expected by the animated characters, who began planning the event several hours in advance.

As on the previous occasion, Nickelodeon enabled different graphics and animations to explain American football and its rules. The touchdowns brought down showers of slime, and they were rehearsed for a while before kickoff.

Spongebob during the match

Now yes, what we all expected: SpongeBob’s face in the field goals and the slime showers were accompanied by very funny moments with the players.

Patrick Mahomes and Tom Brady appeared on screen with googly eyes, and the 7-time NFL champion even carried a hamburger.