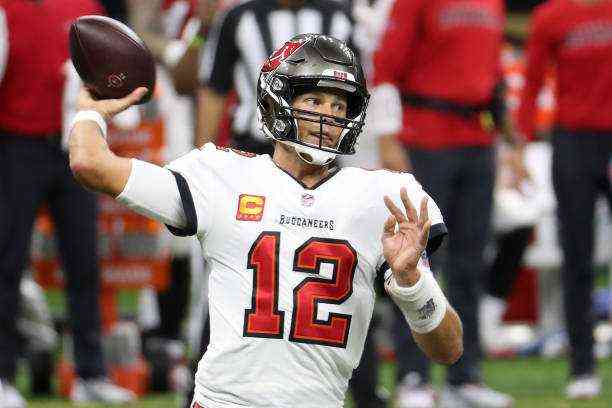 The Super Bowl LV had a duel that we rarely see in NFL history between the star of the new generation and the best player in the history of the gridiron. Mahomes and Brady lead the offense to win the Vince Lombardi trophy.

Mahomes reaches his second consecutive Super Bowl, the last one he won against the 49ers, and Brady will play his tenth game, a league record. Nobody in history, and we mean teams, has as many games as Tom Brady.

The Buccaneers arrive with a full team, and Antonio Brown was able to recover from his injury to join the long list of players available for Brady. For their part, the Chiefs arrive with casualties on the offensive line, to see how much these absences can affect the Kansas offense.

The game started as no one would have expected, with Brady and Mahomes returning to their respective benches after their first offensive series. It took almost 10 minutes in the game for the score to open. Harrison Butker ‘s 49-yard field goal set up the first points for the Chiefs.

Tom Brady’s response was immediate, and before the end of the first quarter, he connected a pass in the red zone to Rob Gronkowski to make the touchdown pass and put the score in favor of the Buccaneers. The extra point was good for Tampa Bay and making the 7 to 3.

The Chiefs defense had not had a great game, and the penalties against them have been the cause of the bad moments, but with all the potential of great players, they stopped the Buccaneers at the 1-yard line and on the fourth down to avoid another annotation.

Tom Brady and Rob Gronkowski’s connection continues to pay off as it did with the Patriots, putting another pass into his hands inside the end zone to put the score at 14-3 and a nearly two touchdown lead for the Buccaneers.

The figure of the game for Chiefs and surprisingly is not Mahomes, but the kicker Butker whose shoes have meant Kansas his only ones at the moment in the Super Bowl, and he connected another field goal to put the game 14 to 6.

Tom Brady, in his role as the GOAT of the NFL, put the Buccaneers back on track to win the Super Bowl with a touchdown pass to Antonio Brown in the red zone and the extra point that Succop successfully made it 21-6.

The first half was gone, and after the Halftime Show, Kansas would receive the ball but could not use his offensive series to shorten the score and again, Butker made a 52-yard field goal to make it 21-9.

The third quarter was totally for the Buccaneers and already packed to take the title to their windows, as Leonard Fournette completed a run of more than 25 yards to bring the ball to the end zone and put one more touchdown.

Mahomes struggles with his offensive line in the subsequent series, which does not allow him much time to make a good decision. It is outmatched by the Buccaneers front-ends and threw a pass before being caught that intercepted the Tampa Bay perimeter.

The Buccaneers would capitalize on this mistake but not as they wanted, since they only had 3 points thanks to a Succop field goal and put it 31-9 on the scoreboard.

The fourth quarter was a mere formality for the Buccaneers, they started with possession and ran the ball to consume the clock, and they did it. Mahomes has suffered too much with his offensive line that it has not helped him at all.

With the clock running out and after the 2-minute break, Kansas approached the end zone, but it was useless because the pass was intercepted, and the game ended to give Brady the title and increase his legend.