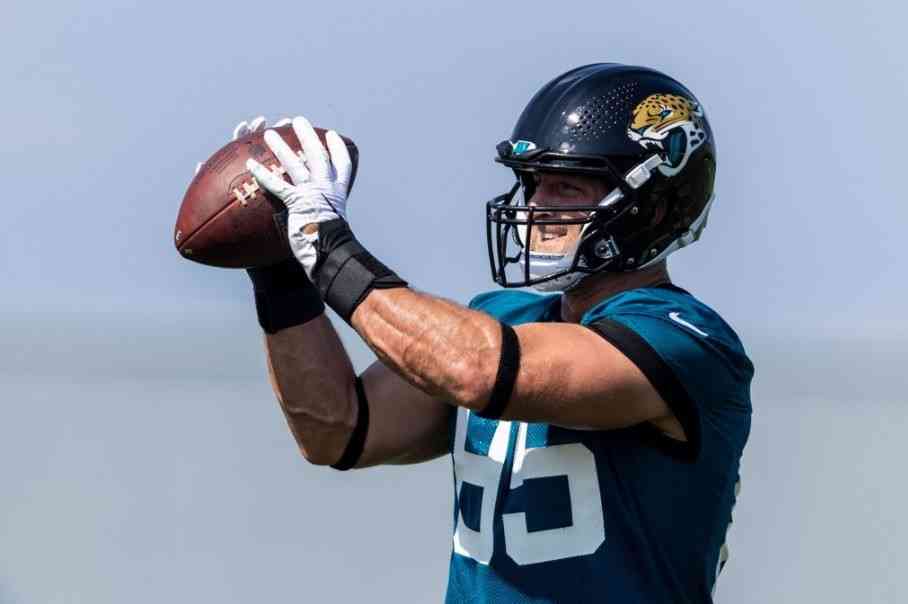 Jaguars cut their roster, and one of the victims was Tim Tebow, who will no longer be with Jacksonville in his dream of returning to the NFL.

For all the fans who wanted to see, either out of curiosity or expectation, Tim Tebow’s return to the NFL, we have bad news for you. The former quarterback and now tight end will no longer be with the Jacksonville Jaguars.

Not long ago, we were talking about his spectacular return to the NFL, last May, he signed a one-year contract with the Jaguars. He is one of the few players who has had such an opportunity, although he had to transition from QB to tight end.

It seems like a surprise and more than a few weeks before the official 2021 NFL regular season begins, as Tim Tebow did all of training camp with the Jaguars and even had a preseason game with the team.

In his only game of the preseason, he was in 15 plays and was only targeted by the QB on one occasion, had no receptions, so his time with the Jaguars was more than emotion than what he delivered to the team.

But he was not the only one that the Jaguars released the Jaguars, as they cut their roster to 85 players, and there were 5 in total who are no longer part of Jacksonville: corner DJ Daniel, receivers Josh Imatorbhebhe and Tim Jones, defensive tackle Daniel Ross and as we already know Tim Tebow.

Without Tim Tebow, the Jaguars team is beginning to take shape, at least when it comes to tight ends. Chris Manhertz remains as the team’s starter, and James O’Shaughnessy will be the substitute. Luke Farrell and Tyler Davies will be third and fourth teams, respectively.

Tim Tebow’s words of thanks

Well, with Tebowmania already far from the NFL -for the second time in history-, the tight end did not tire of thanking the opportunity that the Jacksonville Jaguars gave him to seek a dream, which was to return to the field and he was able to do so.

“Thankful for the ups and downs, the opportunities and the setbacks. I never wanted to make decisions out of fear of failure, and I am grateful for the opportunity to have pursued a dream “, were his first words on his Twitter account.

“Thank you to the Jaguars organization and everyone who has supported me on this journey. And we know that… God works all things together for good. Romans 8:28” added the former QB adding a biblical passage to his message of farewell and thanks.