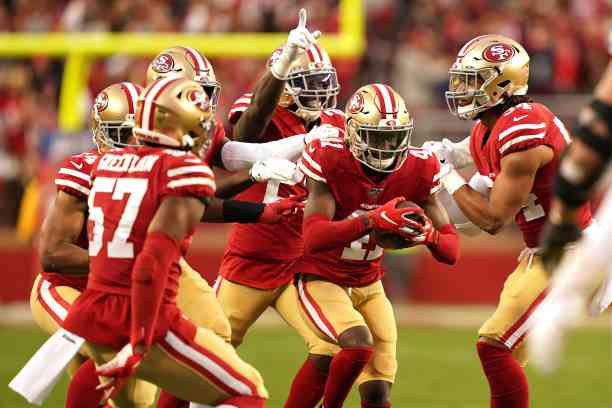 To say that the 2020 season was problematic for the 49ers is an understatement. Injuries swept through this team’s roster, and that prevented them from properly defending their NFC championship title. So the 49ers’ goal in the 2021 NFL season is simple: be healthy so they can compete again for a spot in the postseason.

During free agency, the 49ers retained some of their most important players, such as tackle Trent Williams or fullback Kyle Juszczyk, who, along with the arrival of center Alex Mack, will help improve protection over Jimmy Garoppolo. In addition to that, the team has already established a succession plan in the QB position when selecting Trey Lance in the 2021 NFL Draft, so in theory, this team is covered for the present and the future in the medium term.

With their full roster, the Niners look ready to fight again for the NFC West title, which is by far the most competitive division in the NFL. In fact, at the moment the 49ers are slight favorites to win the division with odds of +180 ( you can already place your bets on this team at Betway ), a slight advantage over the Rams, who have +187. The reason could be the difficulty of each team’s schedule, with the 49ers ranking 19th in difficulty based on their rivals’ record in 2020, while the Rams are 10th and the Seahawks 11th.

Now that we know the dates, times, and locations of the new NFL schedule, these are the 5 best games for the 49ers in the 2021 NFL Season.

The first high-level game for the 49ers will come in week 3 when they host the Green Bay Packers. The rivalry between these two teams has had interesting overtones since the coaches are Kyle Shanahan and Matt LaFleur, as San Francisco dominated Green Bay in 2019, but was overcome in 2020 by all the problems they faced with injuries.

If the 49ers want to show they are back to their 2020 form, then beating the Packers would be a great way to do it, and it would be a result with potential postseason “seed” implications.

We already discussed that NFC West is the toughest division in the NFL right now, so the 49ers will have a lot of tough games when they have divisional commitments. The first of them will be in week 5 when they have to visit the Cardinals, a team that has serious postseason aspirations.

The Niners could take advantage of the fact that for this moment of the 2021 NFL season, the Cardinals will continue to adapt and get a victory that would be very good for their account.

When facing the AFC South, the rivals are not so flashy, but the most interesting game that San Francisco will have against the AFC will be against the Colts. This team looked very strong in 2020, and the perception was that they only needed to improve the QB position in order to be real contenders.

The final part of the regular season features a series of complex encounters for the Niners, and the visit to Seattle in Week 13 is one of the most striking. This will be the 49ers’ fifth division game of the season (they have already faced the Cardinals twice, plus Seattle and the Rams at home), so it will be part of that season finale they need to secure.

A victory in Seattle would come in handy at this point in the year, and it would not be strange to think that this encounter is one of those that defines the positions within the division.

The 49ers’ season finale will be spectacular as they have to visit the Rams in what, for now, looks like the game that should decide the NFC West championship. What’s more, from now on, it looks like one of the favorite games to be Sunday night, as it looks like one that will have any postseason implications.

There is still a long way to go, but as of now, the 49ers-Rams duels look like one of the most attractive of the 2021 NFL season, and it looks like their showdown in week 18 will be an excellent preview for the NFC postseason.

Check Out The Trailer For ‘Colin In Black & White’, A Series About The Life Of Colin Kaepernick

The 6 Best Safeties Heading To The 2021 NFL Draft