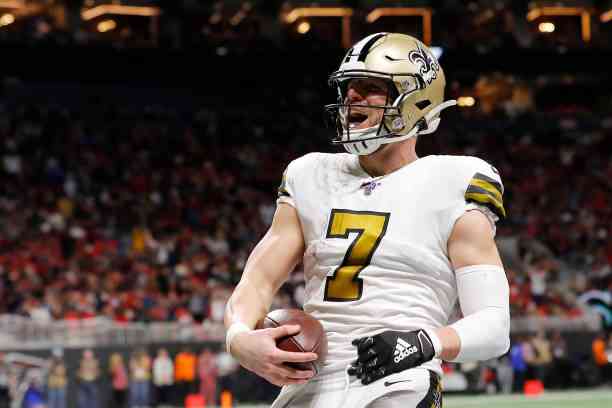 We start this offseason with the discussion and rankings for the next season. Now we review the other side of the coin: what is the worst thing the NFL has in each position for next season? Our staff voted, and it’s time to meet the 5 worst quarterbacks in the NFL heading into the 2021 Season.

The mechanics for these rankings consisted of asking our staff members to give us their list of the 5 worst QBs (starters or with real aspirations to be) for the 2021 NFL Season, taking into account aspects such as their potential to fail. short term, make a negative difference match by match (or as it is colloquially said, “be one more player of the opposing team”), and ultimately:

If you were running an NFL franchise for the 2021 season, which QB would make you want to cry the most right now?

Each mention in the first place is worth 5 points, in the second 4, and so on until the fifth that is worth 1 point. The tiebreaker was the highest number of mentions in high positions. For obvious reasons, players who have just been drafted or who have not played in an NFL Season are out of the rankings.

After counting the votes, these are the 5 worst quarterbacks in the NFL as of the 2021 season:

Drew Lock went to the Broncos with the 10th pick of the second round of the 2019 NFL Draft and was expected to be the new face of the franchise; however, the thing has not been like that. In his rookie year he played five games and threw 7 touchdown passes and 3 interceptions, showing that he had a future. However, by 2020, already entrenched in the starting line, he threw 16 touchdowns, 15 interceptions and barely reached 2,933 yards. If his numbers don’t improve by 2021, Denver’s brief Lock era will come to an end.

The Saints are in serious trouble, and it is that after the retirement of Drew Brees, the quarterback position is a mystery. The starting candidate is Taysom Hill, who last year supplied a few games for Brees and managed to complete 88 passes for 928 yards, 4 touchdowns and 2 interceptions; figures not worthy of a starting quarterback in the league. If the ex-Packer doesn’t exploit his talents, the Saints will have a very long year to go.

Long ago it would have been surprising to see Cam Newton – 2015 NFL MVP – on this list, yet last year he was one of the worst quarterbacks in the league. He threw 2,657 yards, 8 touchdowns, and 10 interceptions in his first season with the Patriots, so indeed, a quarterback deserves to be on this list when he throws more interceptions than touchdowns. By 2021 he must once again prove his 2015 level or, sooner rather than later, rookie Mac Jones will replace him.

The Giants hoped that Jones would be the solution to their problems on offense, it was not for nothing that he was selected with the overall No. 6 pick of the 2019 NFL Draft. In his first year, he showed at times that he did have the talent to be worthy of the title: 24 touchdowns and 12 interceptions as a rookie, not bad at all. The problem is that in 2020, instead of better, it got dramatically worse: Jones threw 2,943 yards for 11 touchdown passes and 10 interceptions, putting his position in jeopardy.

The 2021 NFL Season may be the last for Jones to show that he is the present and future of this franchise, otherwise they will have to make a drastic decision in New York, and they will turn to other sides to find the quarterback that will return them to glory. They can’t accept another campaign like the one in 2020, in which they finished 6-10.

Andy Dalton is a veteran, but his experience does not translate into a better level as the years go by. He wore the Bengals colors for nine seasons until they decided to thank him and select Joe Burrow; Thus, fate made him a backup last year in Dallas, and since Dak Prescott was injured, Dalton was involved in 11 games: the only thing he accomplished, after throwing 14 touchdowns and 8 interceptions, was leading the Cowboys to a record. 6-10 and third place from a mediocre NFC East.

Now in Chicago, if he does not show the level of play he once had in Cincinnati, he will be quickly replaced in favor of rookie Justin Fields.