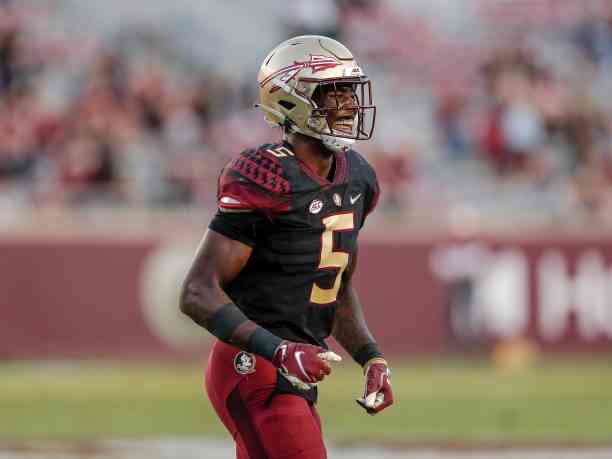 The 2021 NFL Draft will be held from Thursday, April 29 to Saturday, May 1 in Cleveland, Ohio, and looking ahead to those days, in this post, we present the best prospects available as S for next season. This is everything you need to know about the best safeties heading into the 2021 NFL Draft.

The Texas guy is a very aggressive but safe safety. He always sees the action head-on and is very fast, and in addition to that, he is fast both in a straight line and laterally. Sterns possesses the size, athleticism, and mindset to play in the NFL, yet he has yet to improve his tackles and the angles he takes. However, it must be taken in the next Draft, either in the middle or end of the fourth round.

Cisco excelled at school because of his imposing physique; He has long arms, exceptional straight-line speed, and phenomenal anticipation skills. He had 13 interceptions in just 24 games over three years with Syracuse. He has excellent feet for changing direction quickly, and knows how to make the opposing QB regret putting him through coverage, and while he takes bad angles at times, he is projected to be picked late in the third round or early in the fourth in the next Draft.

Whoever played for the Seminoles is an explosive defender both in coverage and against the run, knowing how to tackle and easily knock down opponents. He has a quick read of the play and does not lose sight of his assignment, and although his speed is limited, his potential for growth within the NFL is projected to be taken by a team late in the second round or mid-third.

Grant has a well proportioned physique, coupled with the fact that he is a very intelligent player who can read the routes of offenses. He has a great reaction instinct, he changes direction and adjusts his coverage as necessary. During his career at UCF, he had 17 passes defended and 10 interceptions apart, thanks to his versatility, he can return kicks on special teams. However, he is not the most physically imposing player, nor is he the fastest, but that does not prevent him from having to be taken early or in the middle of the second round.

Holland stands out for his outstanding work with coverage assignments. He follows the receivers through the middle of the field and knows how to get ahead of the pass and, therefore, can interceptions. Demonstrate excellent ball skills, swinging your hips in transition, and turning your head to locate the pass in the air. However, you must work on your physique as you have a slim body and will surely be outmatched by larger wide receivers. Still, thanks to his natural talent, he is projected to be taken early in the second round.

The best prospect at this position in the 2021 class is TCU. Able to play as FS and SS, he handles scrimmage plays perfectly and has great ability to cover deep passes. His reaction capacity is very fast and his tackling ability is his best defensive quality. He knows how to read plays and how to recover after being outmatched in the first instance by a WR; he is a natural playmaker.

In 2019 he finished with 62 tackles, 2 forced fumbles, 4 interceptions, and 11 passes defended, while in 2020, he had 47 tackles, 2 INTs and 9 passes defended. The constancy of both years earned him to be elected to the first All-Big 1 team; and last season he received the Jim Thorpe Award for the best defensive back in the nation. For things like this, Moehrig has the potential to be chosen sometime between the halves and the end of the first round.