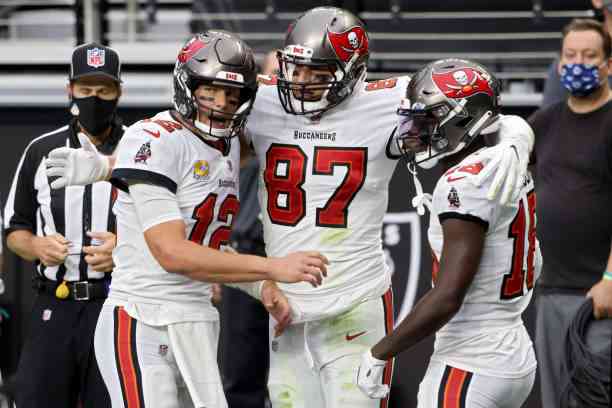 If you judge the Bears last season from the perspective that it ended with a trip to the postseason, you might think it was positive, but the reality is that it was a complex year where it was clear that some root changes were needed, especially in the quarterback position, to face the 2021 NFL Season.

This led to several position changes, beginning with the departure of Mitchell Trubisky and the arrival of Andy Dalton in free agency, a move that was viewed as unfavorable after this team was involved in rumors of a possible Russell Wilson trade. The good news is that the 2021 NFL Draft was very solid for this team, since in addition to surprisingly getting Justin Fields they made tackle Teven Jenkins and a few more pieces that will give this team a different perspective on the NFL Season 2021.

The arrival of Justin Fields generates different expectations in Chicago, although the perception is that this team is not yet in a position to fight for the NFC North, since right now they are the third place in the bets to take the division with odds of + 375 ( you can now place your bets on this team at Betway ). Part of the doubts come from the fact that this team will face the third most complicated schedule considering the record of its rivals in 2020 (0.550). Starting a rookie QB is not synonymous with immediate success.

Now that we know the dates, times, and locations of the new NFL schedule, these are the Bears’ top 5 games of the 2021 NFL Season.

The 2021 NFL Season will start in a difficult way for the Bears, who must visit the Rams in an extremely difficult game, as Sean McVay’s team is expected to be one of the contenders for the NFC title. This will give the Bears defense a very interesting challenge, with the added ingredient that they will have to face an old acquaintance, Matthew Stafford, who will now lead the Los Angeles attack.

This game looks like a very complicated duel on the offensive side, especially since Chicago’s offense will be a work in progress. What they can do against a very solid unit like the Rams should be considered a gain.

The Bears’ second outing of the season will be just as complicated as the first, since they will have to visit Cleveland to face the Browns, which will represent a serious problem for Chicago, since the team led by Kevin Stefanski looks like one of the most complete in the NFL.

Khalil Mack and company will have their hands full working on stopping an offense that features pieces like Nick Chubb, Kareem Hunt, Odell Beckham Jr. and Jarvis Landry, in addition to the fact that the offense will have to try to put points against a very strong unit of the Browns , which also added very interesting pieces such as Jadeveon Clowney or Jeremiah Owusu-Koramoah.

The game of week 7 has a double ingredient for the Bears: in addition to being an extremely complicated duel because they have to play against the Super Bowl LV champion, it is also a game that marks the beginning of a very complicated three-game streak, although we will talk about that.

This game is interesting because the Bears beat the Bucs last season in a game where the Chicago defense did a great job putting pressure on Tom Brady. This time things could be different, because this team has improved remarkably since that meeting, but there is always the precedent that the Bears have won seven of the last ten games against the Buccaneers.

Right after facing the Buccaneers, the Bears will return to Soldier Field to face the 49ers, a team that will surely be at a much better level than it was in 2020, when injuries weakened them quite a bit.

One ingredient that could be eye-catching in this matchup is that we might have Trey Lance and Justin Fields on the field, two of the most striking rookie QBs this season. Obviously some things need to happen for both of them to start this match, but at least that possibility remains.

The rest of the Bears will arrive in week 10, but before that they will have to go through Pittsburgh on Monday night, a custom that seems complicated, although not impossible for this team. Here you have to pay close attention to the pressure they can generate on Ben Roethlisberger, especially since the offensive line is one of the questions for the Steelers.

This is one of those games where things could line up for the Bears, as their defense could break the Steelers’ offensive rhythm and, with eight games behind them, the offense should already show signs of life. Could it be a surprise win for the Bears? We will have to wait to find out.

Mac Jones, The New Patriots Qb Who Does Not Use His Real Name In His Daily Life