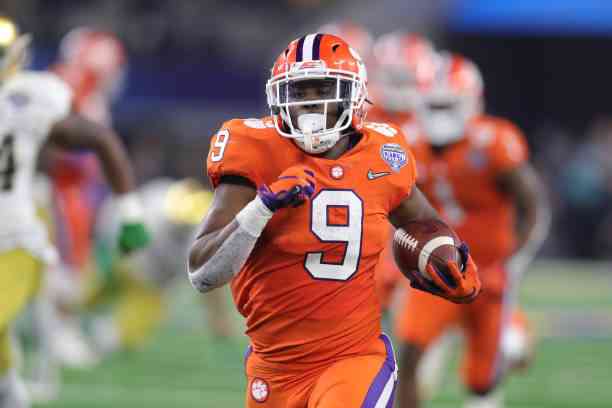 In a rule change proposed by the Chiefs, the league is contemplating changing the current ranges of jersey numbers in the NFL between player positions. Below we explain how this system works today and what the new proposal is.

The history of numbers

If you look at the NFL’s photos or videos in the 1940s, 1950s, or 1960s, you will notice that players do not wear the “traditional” jersey numbers for their position. Sammy Baugh, the QB of Washington, wore the number 33.  Night Train Lane, which was CB, played the number 81. The reason is simple: before 1973, the rules for how to number players were very different.

Beginning in 1973, the NFL decided to use a slightly stricter jersey numbering system, assigning a group of numbers to certain positions. This was with the intention of making the position of each player more conspicuous, and above all, facilitating the identification of the players who were eligible receivers. This numbering system is as follows:

As Peter King indicates in his Football Morning in America column, the Chiefs proposed to the league’s Competition Committee a change to the jersey numbering rule, this to expand the possibilities for each position. In this proposal, the players could choose the following numbers, based on their position:

The argument for the change is very simple: Some teams have retired multiple numbers (the Bears, for example, have retired 14 numbers), so their options are very limited. The expansion of the rosters has increased this problem, so in some positions, it is becoming difficult to distribute the numbers.

Also, it must be said, the numbers 1 to 9 are rarely used. If we take into account that a team has five players between the QBs and the kickers, and they all have the option to use from 1 to 19, it is very likely that the first nine numbers are free. Using the Bears’ case, Mitchell Trubisky was using 10, Eddy Piñeiro was 15, and Pat O’Donnell was 16, so Nick Foles was the only player on the roster with a single-digit number. That left eight numbers unused, and now they can be requested by players from other positions.

Who could ask for a jersey number change in the NFL?

If this change seems irrelevant, just remember one thing: players don’t have those same restrictions in the NCAA. Here are some examples of players who wore single-digit jerseys in college (their college number is in parentheses):

It wouldn’t be very strange if they all asked for a number change if they were allowed to take back their college number, so we could see this rule passed shortly. Also, do not forget, this would generate many economic profits from the sale of new jerseys.