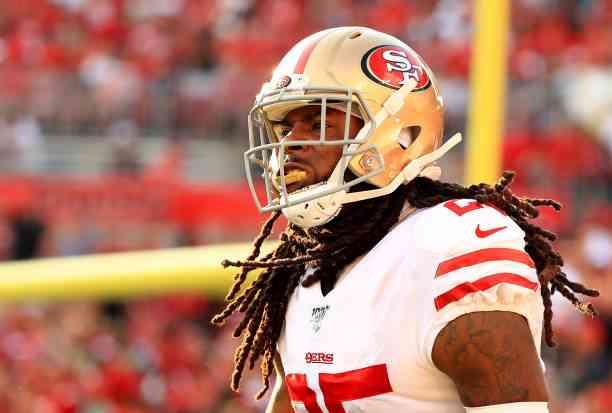 Tom Brady’s Buccaneers add a powerful weapon to his defense. Richard Sherman signs for one season with the Tampa Bay team.

What else did the Buccaneers lack to be a candidate for Super Bowl champion again? The answer was difficult because the team is well balanced between offense and defense, but you can answer the question with the name of a new player on the team.

The cornerback had no team, so he decided to sign with the Buccaneers and reinforce a defense that needed him a lot. Richard Sherman brings experience to a perimeter that was not as strong as the defensive line or the linebacker’s body.

The same cornerback announced that he would sign with the Buccaneers on the program he has called The Richard Sherman Podcast. “I finally had enough conversations and made the decision that I will play for the Tampa Bay Buccaneers. Wow! Were Sherman’s words.

“I went with the best offer I had, the best opportunity to go out and put on a great tape, to lead another group. I feel comfortable and confident in my abilities to go out and execute and help that team win,” added the new Buccaneers player.

According to Ian Rapoport of the NFL Network, the deal between Richard Sherman and the Tampa Bay Buccaneers is for one season. Tom Brady must be grateful that one of the best cornerbacks will not be playing against him, but with him.

What does Richard Sherman bring to the Buccaneers?

Richard Sherman may be 33 and makes the Buccaneers after not being as active. In 2020 he was only in five games due to an injury, but in 2019 and totally healthy, he was one of the best players in the league, and even the Pro Bowl was to give.

In addition to experience, Richard Sherman still has a lot to give in the NFL. He was a member of “The Legion of Boom” with Seattle, a team in which he managed to win a Super Bowl, so he seeks to return to the highest level after overcoming some personal problems.

Buccaneers had the need to add a cornerback to their team, Jamel Dean is not in his best health, so the arrival of Sherman is like finding a treasure on an island, so the Bucs add a solid and consistent weapon in his search for the two-time champion.