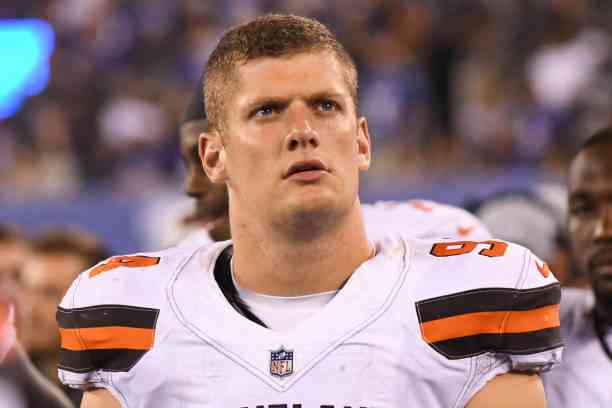 Historic day in American football! Pride Month represents a series of very important events for the LGBT+ community and its allies, who today welcome Carl Nassib, defender of the Las Vegas Raiders, with open arms.

The 28-year-old player posted an emotional video on his Instagram account in which he came out as gay. In addition, he took the opportunity to clarify that he does not do it to receive attention, but to set a precedent in the NFL and the world of sports in general.

“I am at my home in West Chester, Pennsylvania. I just wanted to take a moment to say that I am gay. I’ve wanted to do this for a long time, but I finally feel comfortable enough to get it off my chest. I really have the best life, the best family, friends, and work that anyone could ask for.

“I am a person with a lot of privacy, so I hope you know that I do not do this for attention. Visibility is very important. I hope that one day these types of videos will cease to be necessary, but in the meantime, I will do my best to create a culture of acceptance,” added the defensive end.

To support the tireless fight, Carl Nassib will donate $ 100,000 to the Trevor Project, an organization that prevents suicide in members of the LGBT + community. Additionally, he became the first active NFL player to come out as gay.

From the Raiders themselves to fans of other NFL teams, they showed their support for the defensive end. What Carl Nassib did has only one precedent: Michael Sam did the same in 2014, and the difference between the two is sporting, since the former player from the University of Missouri did not make his professional debut.

After the exciting announcement on Nassib’s personal account, the Las Vegas team reposted it on Twitter. For its part, the rest of the internet was dedicated to applauding the message, which seeks to show that we are all equal and deserve the same treatment and love.