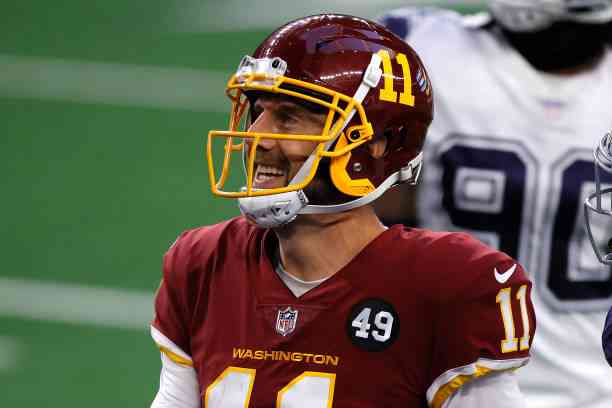 Alex Smith puts an end to his career as a QB in the NFL, and with a goodbye video, quite emotional, by the way, he thanks everyone.

Alex Smith is one of those players who have a guaranteed place in the hearts of NFL fans, because his struggle, his overcoming adversity after an injury that could cost him his life, make him an example in every way, and unfortunately for us, he ended his career as a professional.

The name Alex Smith is synonymous with never giving up, fighting for what you love, and will always be linked to success and determination to achieve it. His story is worth telling, very “Hollywood” style, and would surely win an Oscar.

After the Washington Football Team decided to cut the QB, Alex Smith was faced with the dilemma of continuing his career with one of the available teams or ending his career, as he decided to end his path in the NFL.

In an emotional video, he announced his retirement, in which he comments on how his process was from an injury in a routine play and thanked all the players, staff, and fans who were with him in the 49ers, Chiefs and Washington, for always being believe in Alex Smith and being empowered to believe in himself.

“2 years ago I was in a wheelchair, looking at my mutilated leg, wondering if I would ever walk with my wife again or play with my children in the garden. Putting the helmet back on was the furthest thing I thought and all this for a stupid game. But this is not just a game, it is about the challenges and the commitment, it is about how far and how hard you can push yourself, “he said in his retirement video.

The injury that changed everything

2018 was the year that Alex Smith’s life changed, as an injury in what he calls a “routine play”, in which his leg suffered an impairment that could even cost the QB his life. It was an open fracture of the tibia and fibula.

He lived most of those two years with a stabilizer made of titanium, which helped his bones consolidate so he would not lose his leg and regain functionality. And it was that same stabilizer, upon his return to the NFL, that he transformed into a Vince Lombardi.

He returned to the grids in 2020 and won the comeback of the year for the NFL. His last season with Washington, he recorded 1,582 passing yards with 6 TD passes and 8 interceptions, and a 66.7% completion percentage.

The Return Of The Prodigal Son! Cam Newton Signs One-Year Contract With The Panthers