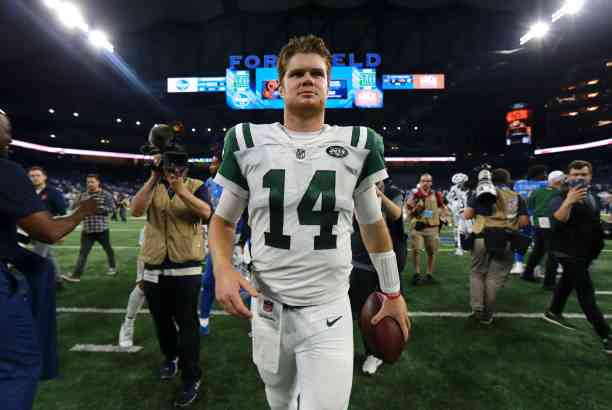 By trading Sam Darnold to Carolina for a couple of future picks, the Jets made it clear that they took what they could on this move. The Panthers, for their part, had to move within the framework of options they have at the moment.

Why do we say this? The reason is simple: Carolina is one of the teams that was in pre-draft limbo after the 49ers-Dolphins trade. Following this move, it was a given that the top three teams in the first round would take a quarterback, so Trevor Lawrence, Zach Wilson and Justin Fields should be out of reach when the Falcons are on the clock.

If a team wants to take a QB in the first round (Trey Lance or Mac Jones), the safest bet seems to be to move up to 4 to prevent someone from passing. Carolina, who is in 8th place, could see someone get ahead of her before 7th: Denver or New England could be encouraged to make that leap. And, let’s face it, it seems unlikely that Atlanta would want to make a trade for its divisional rivals to land a franchise QB. What’s more, the Falcons could take Lance or Jones to replace Matt Ryan.

So the 2021 NFL Draft seems like a dead issue for the Panthers when it comes to selecting a quarterback. Their options were then left to Free Agency, where they were also slow because they were trying to put together a package attractive enough to offer the Texans when they decided to trade Deshaun Watson. The problem is that, as everyone knows, it is already very complicated.

Total that the Panthers arrived at the beginning of April with a very complicated situation: their ideal option, which was to obtain Deshaun Watson, fell apart due to the quarterback’s legal problems. Waiting to “pull the trigger” on that change, they let Free Agency pass and, with the draft moving in such a way that they appeared to be out of contention for the top prospects at the position, they had to be creative.

Or act desperate, which is just what they did.

Sam Darnold is not a franchise QB out to fix the Panthers’ problems. He is, at best, a player who could benefit from the change of scenery and regain some of the potential that was seen in him when he came to the NFL. Is it a guaranteed improvement over Teddy Bridgewater? No, not exactly. Can it be? Yes, but it is a mere possibility.

The Jets, for their part, didn’t have much to do in this case, either. With position 2 in the next draft, it was a given that they would take a QB. It would even be a mistake not to, especially given the level of talent in this generation, so Darnold was basically a remnant of the previous regime that was not necessary in this “new stage.”

The problem for them is that they waited too long to make the switch because they expected someone to give them a first-round pick. That was a huge mistake, especially since teams that might have been interested in Darnold (Washington, Indianapolis, San Francisco) ended up looking for other options when they saw the asking price. As the potential market for Sam Darnold fizzled, things got tricky for the Jets, and now they had to take the only offer left on the table.