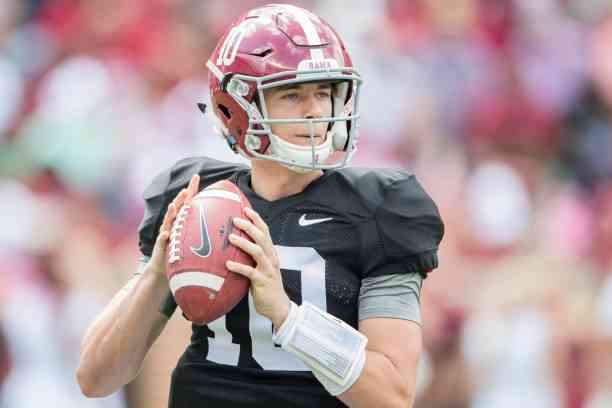 The 2021 NFL Draft will be the 86th edition of the league’s annual franchise meeting, where they will be able to select newly graduated players from college football. It will take place in Cleveland, Ohio, from Thursday, April 29 to Saturday, May 1, and today the NFL confirmed the first players who will attend the event. This is all you need to know about it.

The NFL announced the first players attending the 2021 Draft

April is the month of the Draft. Unlike last year, the league decided to bring back its Green Room, or rather, the waiting room where, accompanied by their agents and closest family members, are the college players who await to be selected. A place where they can enjoy – or suffer – the Draft from the point of view that few experience.

For obvious pandemic reasons, this event was suspended in person last year, but in 2021 the NFL wants to show – to the public and its investors – the organizational certainty that there will be events with the public around the league, and these invitations are proof of it.

Thus, for this Draft, the NFL reactivates the tradition of inviting several college players to be inside the Green Room, however, over the years, several of them have rejected the offer because they prefer to stay at home with their relatives to live this great moment. However, there are those who do accept the offer, and for the 2021 Draft, this is the first group of confirmed on April 29 in Cleveland, Ohio:

It should be noted that not because of having been invited, it means that a player will be one of the first selected, sometimes the night can be very long – it can even last until the third day of activities – for those who are waiting to meet their new team inside of the NFL.

Spectacular And Technological: This Is The Change Of Grass At Tottenham Stadium To Host The NFL